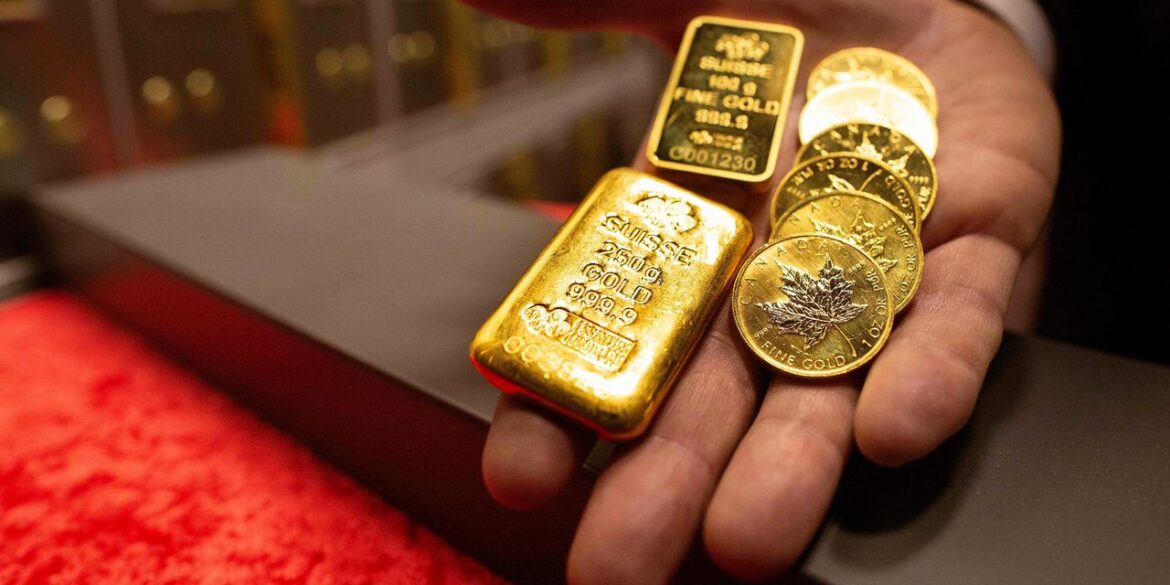 Gold futures settled modestly higher on Thursday as government data showing that the pace of U.S. inflation climbed to a 13-year high in May prompted prices to tally a second straight gain.

The U.S. consumer price index jumped 0.6% last month, marking the fourth large gain in a row. The rate of inflation over the past year escalated to 5% from 4.2% in the prior month. That put it at the highest level since 2008.

The Federal Reserve is “still of the opinion that current inflation is temporary, due to COVID-caused supply issues, and a rebound of the economy after lockdowns last year,” Jason Teed,  co-portfolio manager of the Gold Bullion Strategy Fund
QGLDX,
,
told MarketWatch after the CPI data. “So far, the market appears to agree.”

“Should inflation continue beyond what’s expected, gold may continue to increase in price, but if we see inflation begin to ameliorate, the metal may let go of some of the gains we’ve seen so far this year,” said Teed, who’s also director of research at Flexible Plan Investments Ltd.

“
“Should inflation continue beyond what’s expected, gold may continue to increase in price, but if we see inflation begin to ameliorate, the metal may let go of some of the gains we’ve seen so far this year.”
”

fell to as low as 1.47% on Thursday, its lowest level since early March. The dollar, meanwhile, was held ground above 90, as gauged by the ICE U.S. Dollar Index
DXY,
.

Gold “actually found good support after the initial dip in reaction to the hotter inflation data than expected,” said Fawad Razaqzada, market analyst at ThinkMarkets. It looks like gold investors agree with the Federal Reserve’s narrative that “inflation will cool down in the months ahead, which means low rates for longer,” he told marketWatch.

Gold markets have struggled to gain sustained altitude above a psychologically important price at $1,900 an ounce. A slide in bond yields and a weak dollar has intermittently served as support for the yellow metal, but uncertainty about the path of inflation has made for turbulent trade.

Meanwhile, the European Central Bank left its benchmark rates unchanged, as expected, but said that it could recalibrate its asset-purchase program to help continue to support financial markets in the eurozone.

The ECB “dismissed talks of early tapering of its asset buying program, saying that PEPP [the pandemic emergency purchase program] will run at a significantly higher pace than in Q1,” said Razaqzada. “So, with more ECB money to flood the already saturated market, we will see increased flows into all sorts of assets, from stocks to gold and maybe even bitcoin.”

Among other metals traded on Comex, July copper
HGN21,