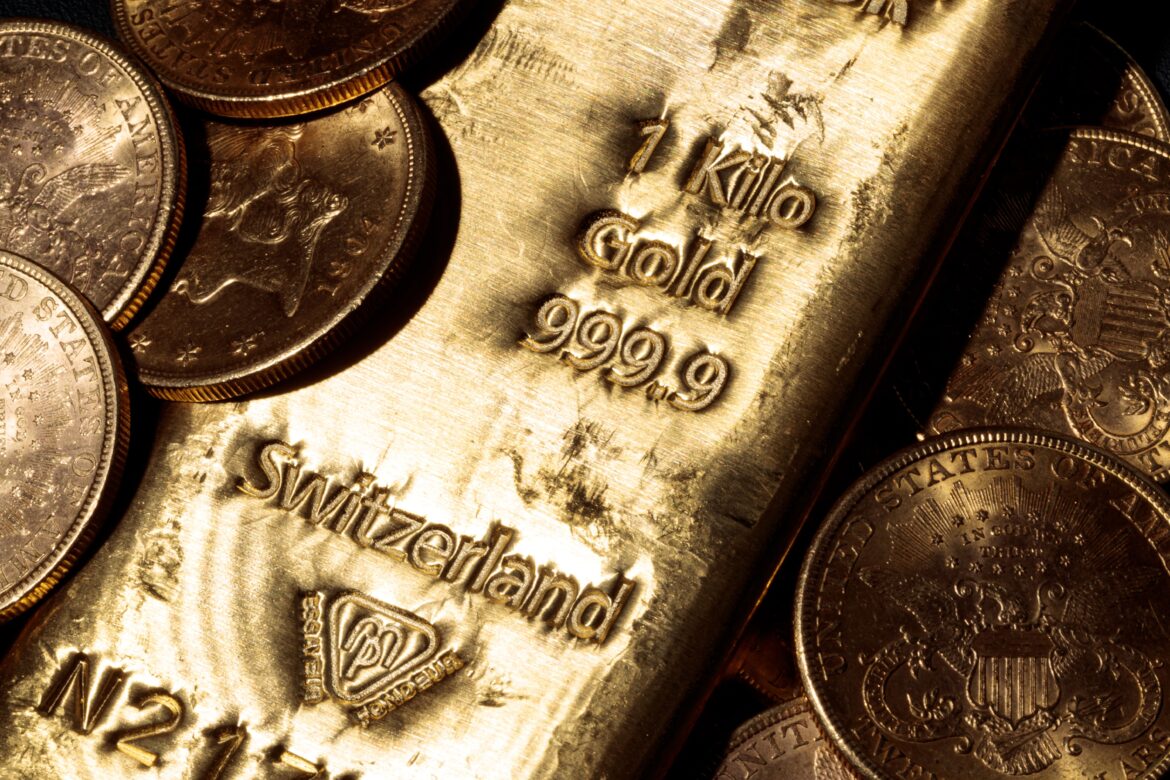 A one kilo Swiss gold bar and US dollars gold coins are pictured in Paris on February 20, 2020.

Gold fell on Tuesday as the dollar firmed and as markets weighed the chances that the U.S. Federal Reserve this week may signal an eventual easing of stimulus.

“There’s growing nervousness about rising inflation and the feeling in precious metal markets is that central banks have to start to respond a bit more aggressively to these inflationary pressures,” ED&F Man Capital Markets analyst Edward Meir said.

Meir said while gold could face a “short-lived” setback if the Fed begins tapering by end-2021 or even hints at it on Wednesday, bullion will likely be bought “on the dips” on concerns over rising inflation.

The Fed has repeatedly said that current price spikes are transitory, but its two-day meeting ending on Wednesday could feature initial discussions among policymakers about when and how fast to pare back its massive bond-buying program to address inflation. [

The data also showed a drop in receipts at auto dealerships.

While lower automobile output due to the global semi-conductor shortage should weigh on platinum and palladium’s auto-catalyst demand, concerns over inflation should support the metals, said Bob Haberkorn, senior market strategist at RJO Futures.