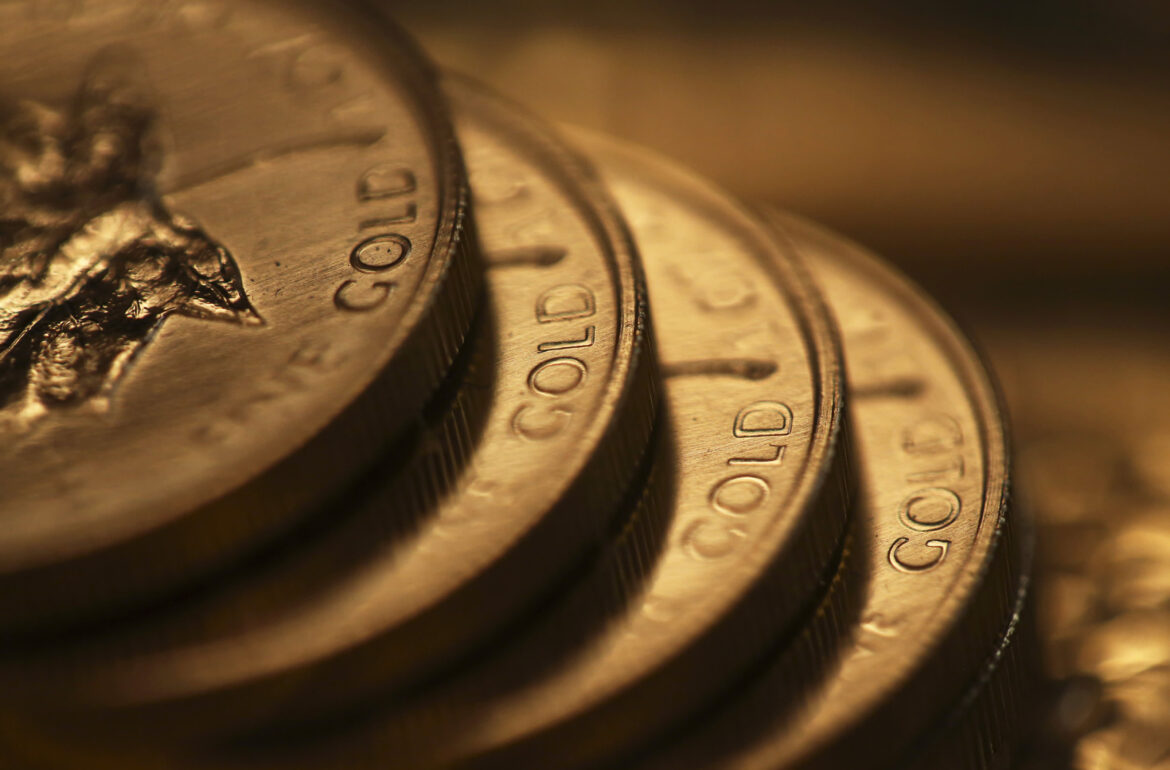 Canadian maple leafs sit on the faces of one ounce gold coins in London, the United Kingdom, on July 15, 2014.

Gold rose on Friday, climbing further from a two-month trough hit earlier in the week, as the dollar weakened and investors weighed prospects for U.S. Federal Reserve tightening after a strong U.S. jobs report that nevertheless showed a slight uptick in the unemployment rate.

Data showed U.S. non-farm payrolls increased by a bigger-than-expected 850,000 in June, although the unemployment rate rose to 5.9% from 5.8% in the previous month.

U.S. Fed officials have suggested recently that the central bank should begin to taper its asset purchases this year.

However, Phillip Streible, chief market strategist at Blue Line Futures in Chicago, said the data was unlikely to trigger a rush from the Fed to ease stimulus or begin interest rate hikes. He added that gold had also found some support as many analysts had expected a bigger upside surprise to the data.

Benchmark U.S. Treasury yields and the dollar fell after the report, buoying gold as lower yields reduce its opportunity cost.

Also on investors’ radar was the Delta coronavirus variant which has prompted some countries in Asia and Europe to walk back on reopening plans.

These concerns, and lower vaccination rates in some parts of the United States, could convince some investors the Fed will be cautious about hiking interest rates, supporting gold in the longer-term, said Bart Melek, head of commodity strategies at TD Securities.

But in the near-term, “gold is facing technical resistance at around $1,790 and will likely tread water until we see some weaker-than-expected economy data.”