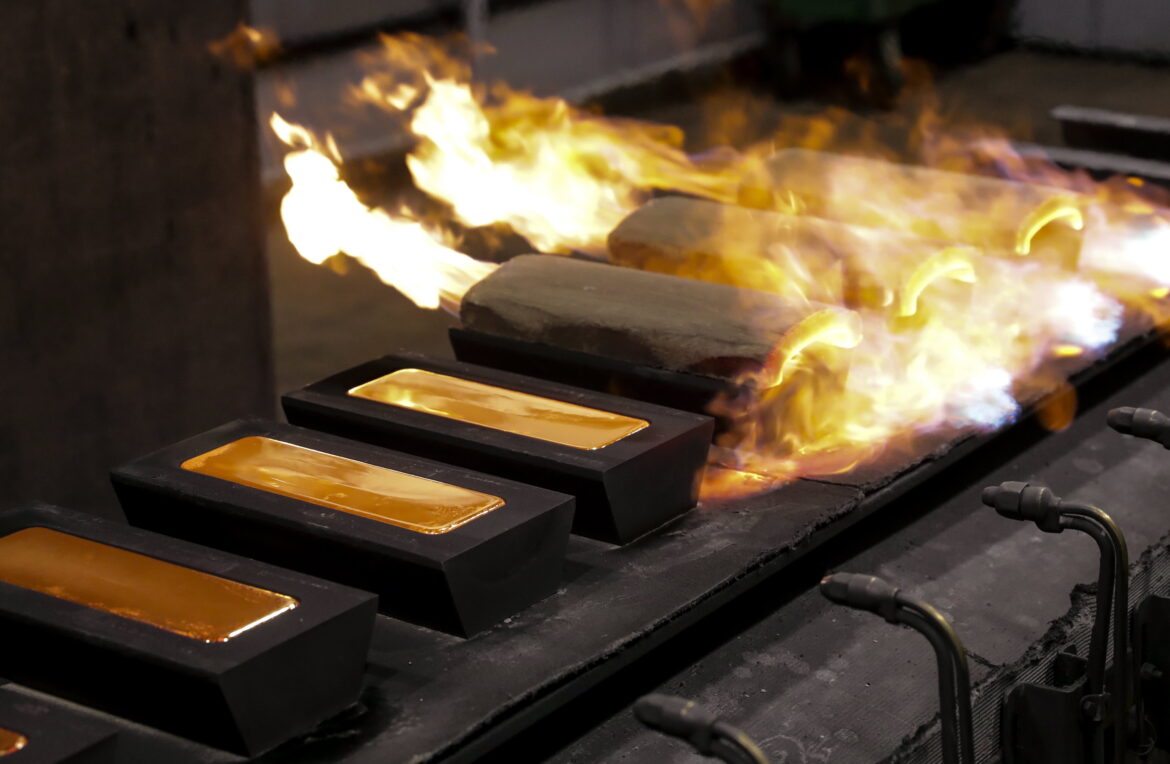 Gold bars being cast at a plant by Gulidov Krasnoyarsk Non-Ferrous Metals Plant in Russia.

Gold jumped on Wednesday after U.S. Federal Reserve Chair Jerome Powell reassured investors that the central bank would continue its accommodative monetary policy despite a spike in inflation readings.

Powell, in prepared remarks before a congressional hearing, said the U.S. job market “is still a ways off” from the progress the Fed wants to see before reducing its support for the economy, while current high inflation will ease in the coming months.

“It (Powell’s comments) really cements the belief that despite this hotter inflation data, the Fed still remains on course to be fairly accommodative,” said Edward Moya, senior market analyst at OANDA.

Investors on Wednesday also cheered comments by European Central Bank (ECB) officials that the central bank would not tighten too early.

“You’re going to see more dovish signals from the ECB and the People’s Bank of China, which should provide some support to the dollar, but this is still good news for the stimulus trade and that is going to be very positive for gold,” Moya said.

A weakened dollar, which restored gold’s allure to holders of other currencies, and a dip in U.S. treasury yields, added further support.

HSBC said in a note, that while it expects platinum to be in a small surplus this year, prices would remain firm largely in response to rising automobile demand and average $1,160 an ounce this year.