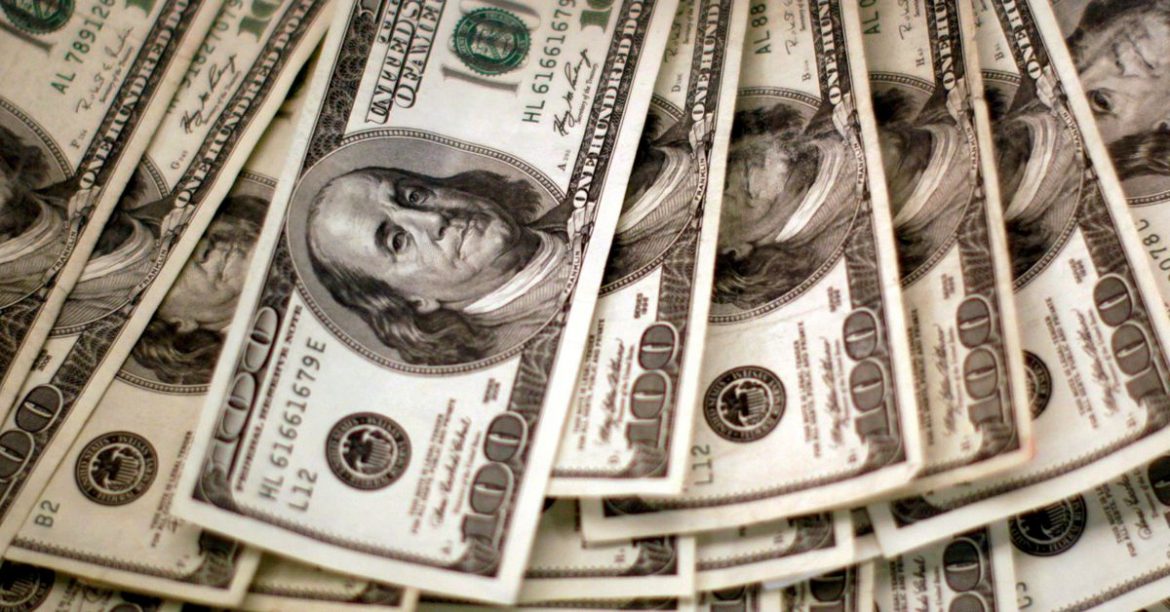 NEW YORK, Aug 18 (Reuters) – The dollar slipped from 4-1/2-month highs to trade little changed on Wednesday after minutes of last month’s Federal Reserve meeting suggested there was no consensus about the timing of a tapering of its asset purchases under the U.S. central bank’s quantitative easing program.

A reduction in debt purchases is typically positive for the dollar as it means the Fed will not be flooding the financial system with cash, increasing the greenback’s value.

The minutes also said most participants “judged that the Committee’s standard of ‘substantial further progress’ toward the maximum-employment goal had not yet been met.” read more

This means that Fed policy would remain accommodative for some time, providing no support for the dollar.

“The market … read the minutes as more dovish, leading to a quick uptick in indices and gold while Treasury yields and the U.S. dollar dipped,” Matt Weller, global head of research at FOREX.com and City Index, wrote in a note sent after the release of the Fed comments.

“The focus now shifts to next week’s Jackson Hole Symposium, where traders will closely scrutinize Fed Chairman Powell’s keynote speech for any hints about the timing of a taper announcement,” Weller added, referring to the Fed’s annual economic symposium in Wyoming.

The euro hit a session high versus the dollar after the release of the Fed minutes, rising from its lowest since April 1. It was last flat at $1.1712 .

The dollar earlier gained ground as nagging concerns about the global economy forced investors to seek safety in the greenback.

“We have a lot of macro risks at the moment surrounding markets,” said Simon Harvey, senior FX market analyst at Monex Europe in London. “We have the risk of a slowing Chinese economy, rising Delta cases in the Asia-Pacific region, and slower growth generally.”

The commodity-linked currencies such as the Australian and New Zealand dollars trimmed losses versus the greenback after the release of the Fed minutes.

A monthly fund manager survey by investment bank BoFA Securities showed that investors flipped to a net overweight on the dollar for the first time in nearly a year. read more

That shift in positioning was evident in more high-frequency weekly data as well with hedge funds ramping up their net long bets on the greenback to the most since March 2020.

While the dollar failed to draw any sustained strength from Fed Chair’s Jerome Powell’s comments and mixed U.S. data, markets shifted focus toward the Jackson Hole symposium where some expect the Fed to signal a change in direction with regards to its asset purchase plans.