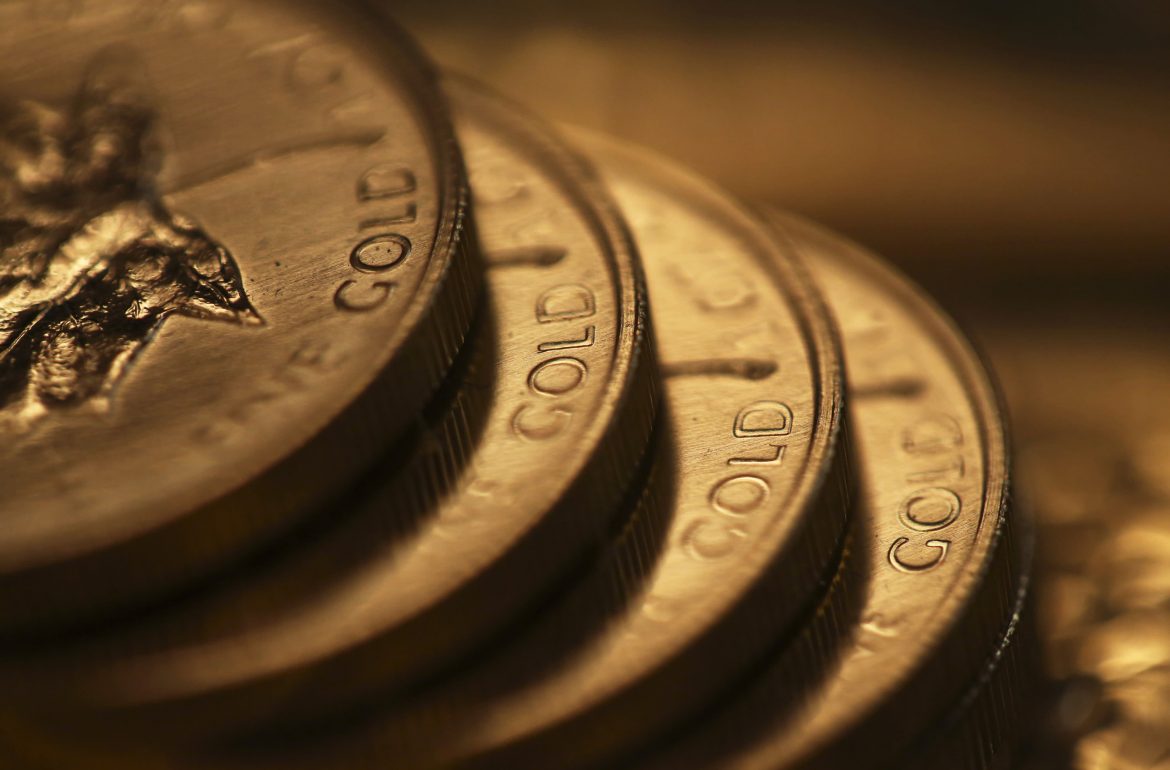 Canadian maple leafs sit on the faces of one ounce gold coins in London, the United Kingdom, on July 15, 2014.

Gold bounced over 1% on Friday after Federal Reserve Chair Jerome Powell stopped short of signaling when the U.S. central bank would start withdrawing its economic support and reiterated his view that current price spikes are transitory.

“They’re not going to raise rates anytime soon and taper talk won’t come back into play until next week’s jobs report. That cleared the path for gold, and as it broke above $1,800, it’s eying the next resistance level at around $1,820,” said Phillip Streible, chief market strategist at Blue Line Futures in Chicago.

In a virtual speech to the Jackson Hole economic conference, Powell signaled the U.S. central bank will remain patient and repeated that he wants to avoid chasing “transitory” inflation and potentially discouraging job growth in the process – a defense in effect of current Fed policy.

Gold is highly sensitive to rising U.S. interest rates, which increase the opportunity cost of holding non-yielding bullion and boost the dollar.

“You’d need next week’s jobs report to show a miss, a resurgence of the Delta variant or geopolitical risks with more news coming from Afghanistan for gold to break substantially higher,” Streible said.