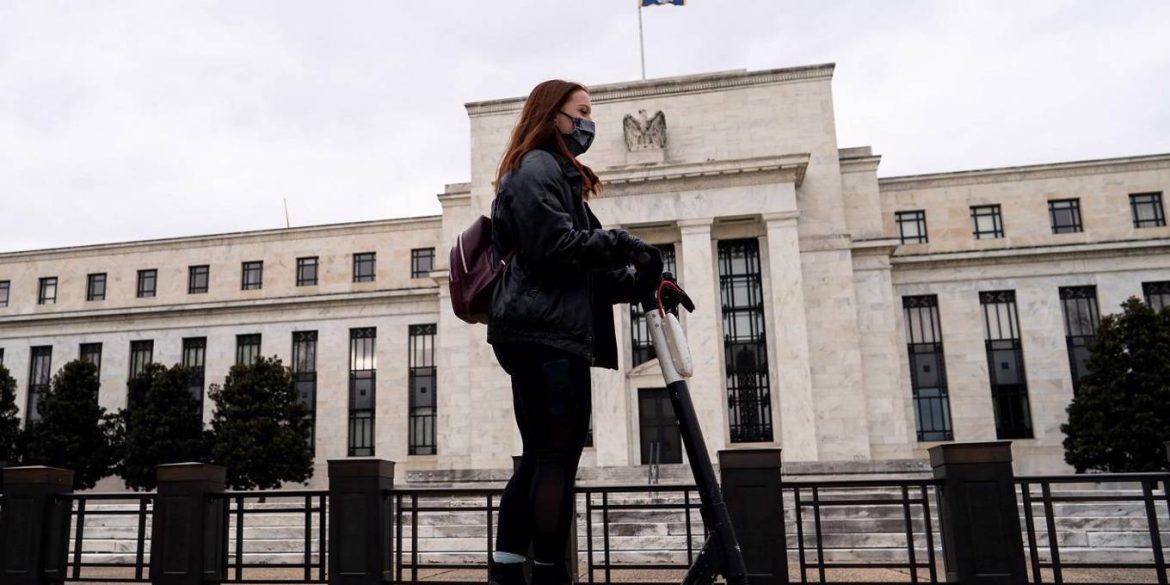 As price increases accelerate, policymakers at leading central banks are slowly starting to move away from the narrative of “transitory” inflation that has already cost them the policy initiative. But the needed pivot is far from complete and not nearly quick enough, particularly at the US Federal Reserve.

CAMBRIDGE – Inflation is now on the front page of newspapers around the world, and for good reason. Prices of more and more goods and services are increasing in a manner not seen for decades. This inflationary spike, accompanied by actual and feared supply shortages, is fueling both consumer and producer anxiety. By also threatening to worsen inequality and derail a much-needed sustained and inclusive economic recovery from the COVID-19 pandemic, it is also becoming a hot political issue.

For their part, policymakers at central banks in the United Kingdom and the United States have started to move away from the narrative of “transitory” inflation. (The cognitive transition at the European Central Bank is less pronounced, which makes sense, given that the inflation dynamics there are less pronounced.) But the pivot is far from complete and not nearly quick enough, particularly at the US Federal Reserve, the world’s most powerful and systemically important monetary institution. Delays in Congress approving measures to increase productivity and enhance labor-force participation are not helping, either.

The reasons for the rise in inflation are well known. Buoyant demand is encountering inadequate supply – a result of disrupted transportation and supply chains, labor shortages, and an energy squeeze.

While notable, this price surge does not herald a return to a 1970s scenario of double-digit inflation rates. Rigid cost-price indexing is rarer these days. Initial conditions regarding the formation of inflationary expectations are a lot less unstable. And central banks’ credibility is much higher, although it is currently facing its severest test in decades.

But inflation will nonetheless be much more pronounced than top Fed officials had thought when they repeatedly dismissed increasing price pressures as a temporary phenomenon. Even today, their inflation forecasts – despite having been revised up several times already – still underestimate what lies ahead.

Survey-based inflation expectations compiled by the New York Federal Reserve have risen above 4% on both a one- and three-year time horizon. Knock-on cost-push inflation tendencies are broadening. Quit rates among US workers are at record highs as employees feel more comfortable leaving their jobs to seek better-paying positions or strike a better work-life balance. There is more talk of labor strikes. And all of this is exacerbated by consumers and firms bringing forward future demand, mainly in response to concerns about product shortages and rising prices.

Enjoy unlimited access to the ideas and opinions of the world’s leading thinkers, including weekly long reads, book reviews, topical collections, and interviews; The Year Ahead annual print magazine; the complete PS archive; and more – for less than $9 a month.

The current bout of inflation is part of a general structural change in the global macroeconomic paradigm. We have gone from a situation of deficient aggregate demand to one in which demand is fine overall. Notably, US retail sales increased by a higher-than-expected 13.9% year on year in September, indicating that there are still quite a few pockets of pent-up purchasing power being translated into effective demand.

Of course, this is not to say that there are no issues regarding the composition of demand that must be addressed. Inequality, not just of income and wealth but also of opportunity, remains an urgent concern.

Higher and more persistent inflation underscores such concerns, because its implications are multifaceted – economic, financial, institutional, political, and social. Those effects will prove increasingly uneven in their impact, hitting the poor especially hard. Globally, the fallout from the inflationary surge risks knocking some lower-income developing countries off a secular path of economic convergence.

All this makes it even more important for the Fed and Congress to act promptly to ensure that the current inflationary phase does not end up unnecessarily undermining economic growth, increasing inequality, and fueling financial instability. A marked reduction in monetary stimulus, still operating in hyper-emergency mode, is needed, notwithstanding the unlucky timing that governs the shift to the Fed’s new policy framework. And US lawmakers can assist by moving more forcefully on supply-enhancing initiatives, for both capital and labor, that fall squarely in their domain. That means passing measures to modernize infrastructure, boost productivity, and increase labor-force participation.

Policymakers should also strengthen prudential regulation and supervision of the financial sector, especially the non-bank system. And, given the greater pressures on corporate profit margins and the superior ability of large firms to navigate supply disruptions, they will need to keep a close eye on firm concentration.

It is good news that, after initially and persistently misreading US inflation dynamics, more Fed officials are now starting to come to grips with the situation. The Fed would be well advised to catch up even faster. Otherwise, it will end up in the midst of a blame game that will further erode policy credibility and undermine its political standing.