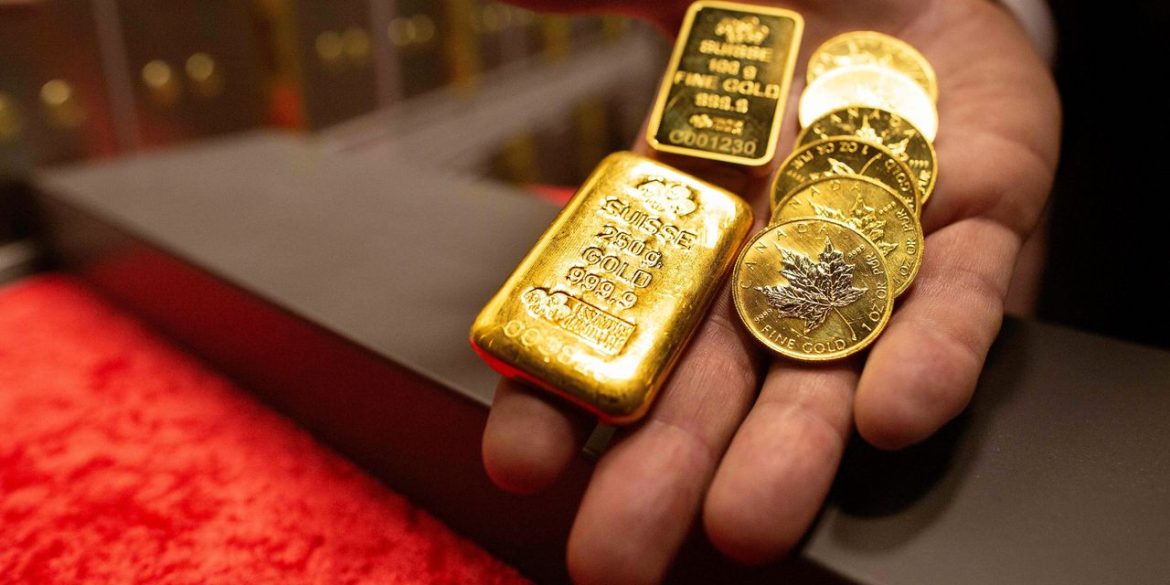 Gold settled lower on Wednesday after the ADP private sector jobs report saw employment increase more than expected, but then found some support after the Federal Reserve announced plans to taper its bond-buying program, as expected.

“What everyone expected from the November meeting was a clear plan for tapering bond purchases, probably leading to an end to the current program by mid-next year,” he said, adding that there were no surprises from the meeting.

In a statement shortly after after gold futures settled, the central bank said it will reduce the pace of bond purchases by $15 billion per month, and is prepared to make adjustments in that pace if “warranted by changes in the economic outlook.”

The decision was widely expected. Economists had said the Fed signaled it would slow the purchases at a pace of $15 billion per month — $10 billion in Treasurys and $5 billion in MBS — starting mid-month.

The Fed has clearly signaled “the beginning of the end for its monthly pandemic QE for more than 4 months,” said Adrian Ash, director of research at BullionVault.” So like investors in all other asset classes, gold traders got plenty of notice that this was coming.”

And “while the start of tapering has offered a headwind to bullion prices as the November decision drew near, it hasn’t sparked any rush for the exits,” Ash told MarketWatch.

Gold prices had settled lower for the session following the better-than-expected ADP data.

“Investors who were itching for an opportunity to attack gold were given the thumbs up on Wednesday following the strong ADP jobs report,” Lukman Otunuga, manager, market analysis, at FXTM, told MarketWatch.

Privately run U.S. businesses created a fairly strong 571,000 new jobs in October, an ADP survey found. The increase in hiring was larger than expected. Economists surveyed by The Wall Street Journal had forecast a 395,000 gain.

“The precious metal tumbled like a house of cards, cutting through multiple support levels like a hot knife through butter,” Otunuga said.