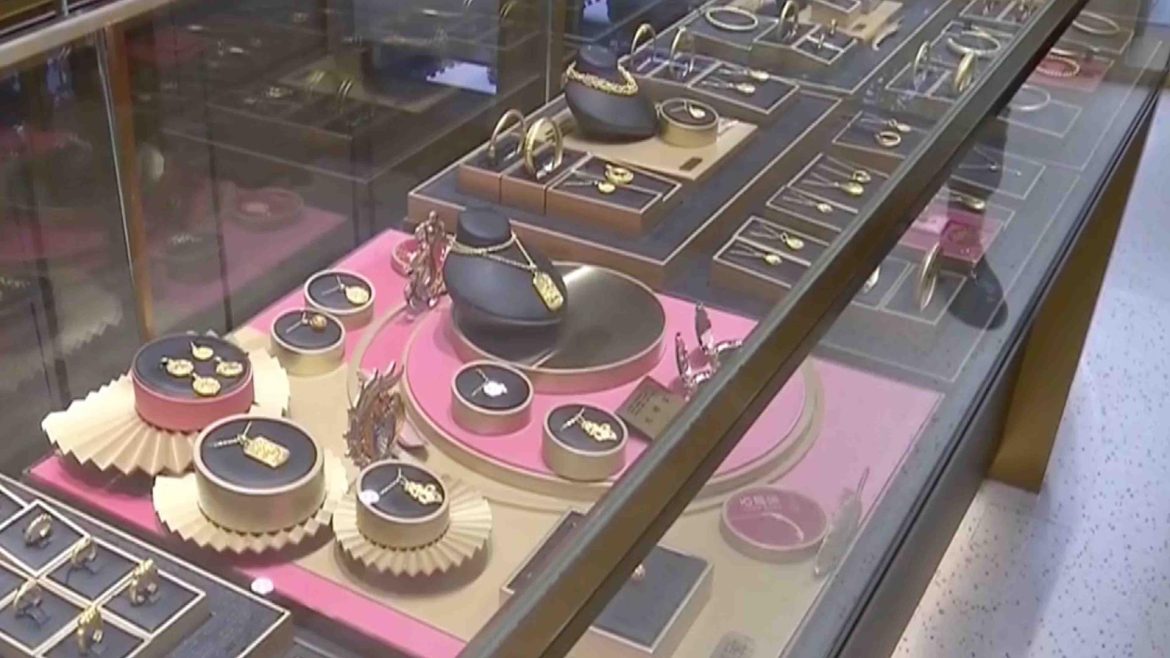 Though times have changed, gold continues to be a safe haven for investment in China, particularly among the younger generation.

The China Gold Association said that gold consumption during the first nine months of this year rose by almost 6 percent above pre-pandemic levels in 2019. Chinese millennials and Gen Z consumers accounted for most of the purchases, mostly for investment and fashion purposes.

The Chinese have had a long love affair with gold. The earliest traces of the precious metal were found in a royal tomb 3,000 years ago. And yet, the private purchasers of gold these days are predominantly young.

According to the World Gold Council, during the third quarter, demand for gold jewelry in China jumped 32 percent from a year ago, reaching 157 tonnes, thanks to lower prices and more fashionable designs.

Jewelry brands have been fast to respond to the trend. Chinese gold brand Laomiao launched a series in 2019 featuring different combinations of Chinese zodiac animals that purport to bring good luck and fortune.

“Previously, we usually had a red hand strap with two small golden decorations of zodiac animals on it,” Zhang Haiyan, manager of Laomiao’s Jingrong Lou flagship store, said. “But this year, we launched an obsidian strap for men. In the past, most of our gold buyers were aged between 40 and 50, but now those from 30 to 40 are the major group.”

The new series sold out on Tmall during the Double Eleven Shopping Festival, taking the brand’s sales on the e-commerce site to more than 100 million yuan ($15.66 million).

Surging gold sales on e-commerce sites are also being driven by young buyers. On October 20, when the shopping carnival started, gold bars sold out in one fell swoop on a show hosted by renowned livestreamers Li Jiaqi and Viya. On JD.com, sales of gold jewelry jumped more than 150 percent from a year earlier, while gold bar purchases more than doubled.

Fei Lu, senior researcher at JD Consumption and the Industrial Development Research Institute, said that sales of gold bars, gold jewelry and silver bars have been increasing steadily since last year, especially pure gold products. “Buyers are mainly aged between 30 and 40, though most of them are from tier one or tier two cities. Gold consumption in tier three and tier four or even lower tier cities has also seen very rapid growth,” Lu said.

Chen Jiahe, CIO of Novem Arcae Technologies, said livestream selling is a plus for gold and other jewelry. “When you shop for something that is very standardized, such as an Apple phone, tissue paper or wine, you don’t really need much information from a livestreaming,” Chen explained. “You can just get the information from like a picture. But for gold, these kinds of jewelry are different from one another … A customer can’t make a decision easily. But living streaming can help them.”

Experts have no doubt the trend will continue, as younger consumers also increasingly look to gold as an investment vehicle. Roland Wang, regional CEO in China of the World Gold Council, said that the younger generation is gaining investment experience.

“In the past few years, the investment market has seen more fluctuations, so the younger generations may have learned their lesson and want to change their strategy for the investment to something more stable and less risky. Gold can provide long-term returns, with fewer fluctuations and is less risky and more reliable,” Wang said.

Based on the trend, the World Gold Council has partnered with four gold jewelry retail firms and five production wholesalers in China to promote and develop heritage gold to meet changing demands.