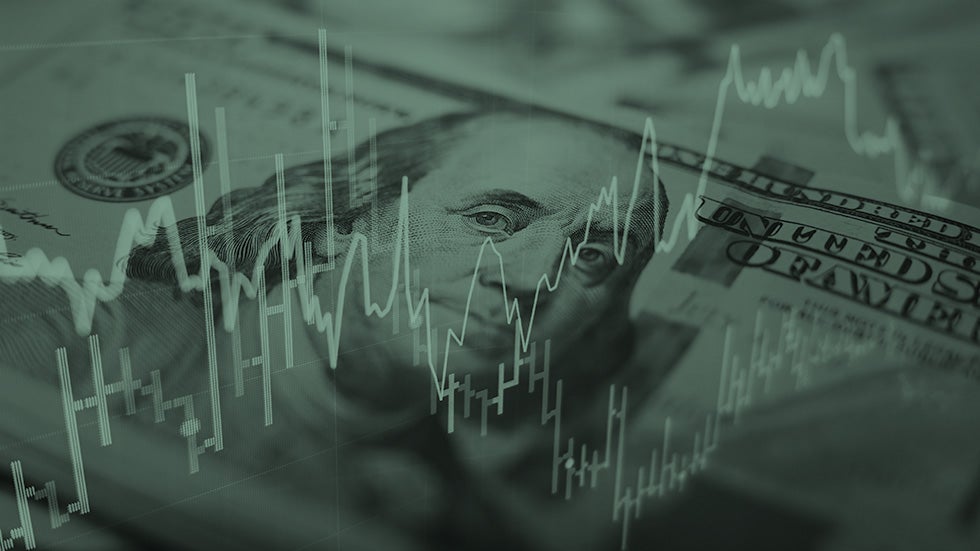 Following well-deserved criticism for clinging to ultra-accommodative monetary policy for far too long, the Federal Reserve (the Fed), in its Dec. 15 meeting, finally acknowledged that surging inflation was not a transitory phenomenon and indicated that some degree of monetary tightening will be required to restore price stability. Even some dovish Fed officials displayed a welcome pivot in their stance and seemed open to early rate hikes.

The Fed, however, faces multiple challenges as it aims to engineer a soft landing for the U.S. economy in 2022. First, a sustained period of near-zero policy rates and the extraordinary amount of liquidity that the Fed has been pumping into the financial system since March 2020 have contributed to speculative fervor and a spike in asset prices. Ending the Fed’s asset purchase programs and initiating rate hikes will bring about a much-needed resetting of valuations. How smoothly the process plays out is, however, anyone’s guess.

The potential for a sharp and disruptive swing in asset values cannot be ruled out if faster than expected monetary tightening is required to adequately cool the economy in order to ease upward price pressures. Furthermore, at some point, the Fed will be forced to undertake quantitative tightening measures aimed at reducing its $9 trillion balance sheet.

Such actions will affect the risk-free rate along with the equity risk premium and term premium and potentially deflate financial asset bubbles. The Fed needs to clarify to market participants that its primary mandate is centered on ensuring price stability and maintaining full employment, and that it is not obligated to perennially pursue ultra-easy monetary policy to aid financial markets and keep Wall Street happy.

In fact, a former president of the Minneapolis Fed recently wondered whether the reason for the central bank’s ongoing delay in initiating policy tightening was to “to avoid shocking investors, who have become accustomed to monetary accommodation – a modern version of the ‘Greenspan put,’ the widespread belief that the Fed would always step in to prevent asset prices from falling too rapidly.”

A second challenge facing the Fed relates to its ability to attain the necessary terminal rate to restore price stability while still maintaining steady economic and financial conditions. Given the explosive growth in both U.S. public debt and non-financial corporate debt, the Fed may be facing a serious debt trap.

Economist Nouriel Roubini recently observed that “With such a massive build-up of private and public debt, markets may not be able to digest higher borrowing costs. If there is a tantrum, central banks would find themselves in a debt trap and probably would reverse course. That would make an upward shift in inflation expectations likely, with inflation becoming endemic.”

The gross federal debt now exceeds $29 trillion, and the debt held by the public is above $22 trillion. At present, record high debt levels do not pose a near term threat, given the ultra-low borrowing costs facing the U.S. Treasury. The bond market is in fact signaling that the Fed has limited ability to raise rates. However, even a modest spike in yields will imply a substantial increase in net interest payments for the federal government. Corporate debt has also exploded and threatens the Fed’s ability to fight inflation by sharply raising interest rates.

Meanwhile, a variety of factors suggest that upward pressure on prices will persist and cause high inflation expectations to become embedded in the system. For instance, rising home prices and surging rents indicate that inflation may be stickier than the Fed had originally assumed. Structural developments and population shifts may be driving up home prices and creating sustained pressure on rents in a wide range of communities across the U.S.

Furthermore, U.S. shale oil producers have abandoned their “growth at any cost” model and, along with their Big Oil brethren, are exhibiting capital discipline to keep investors happy. Such behavior does, however, limit the potential for a near-term domestic oil and gas production surge that could ease supply concerns. Rising energy costs and unusual weather patterns are also contributing to sustained food inflation.

Given such developments, high inflation will continue to pose a problem for the Fed in 2022. Even from a political standpoint, inflation will remain the top issue going into the midterm elections. Aggressive tightening aimed at easing demand might be warranted to cool the economy and achieve disinflation. But a too rapid cooling of the economy or a disruptive crash in asset markets may result in a hard landing for the U.S. economy.

The Fed could still get lucky and achieve a soft landing if inflationary pressures partially abate during the first half of 2022. This could occur if global supply chains mend relatively quickly and if the demand for goods moderates and is offset by enhanced demand for services. An increase in labor-market participation, especially among prime-age workers, would also help ease upward price pressures by limiting wage demands.

But the surging omicron variant is likely to further delay such developments and may even add to existing price pressures. Barring some unexpected developments, it is likely that inflation remains the top economic challenge in 2022. Therefore, the real question is whether the Fed has the necessary policy room and the will to undertake sufficient monetary tightening to bring inflation under control.

Vivekanand Jayakumar is an associate professor of economics at the University of Tampa.