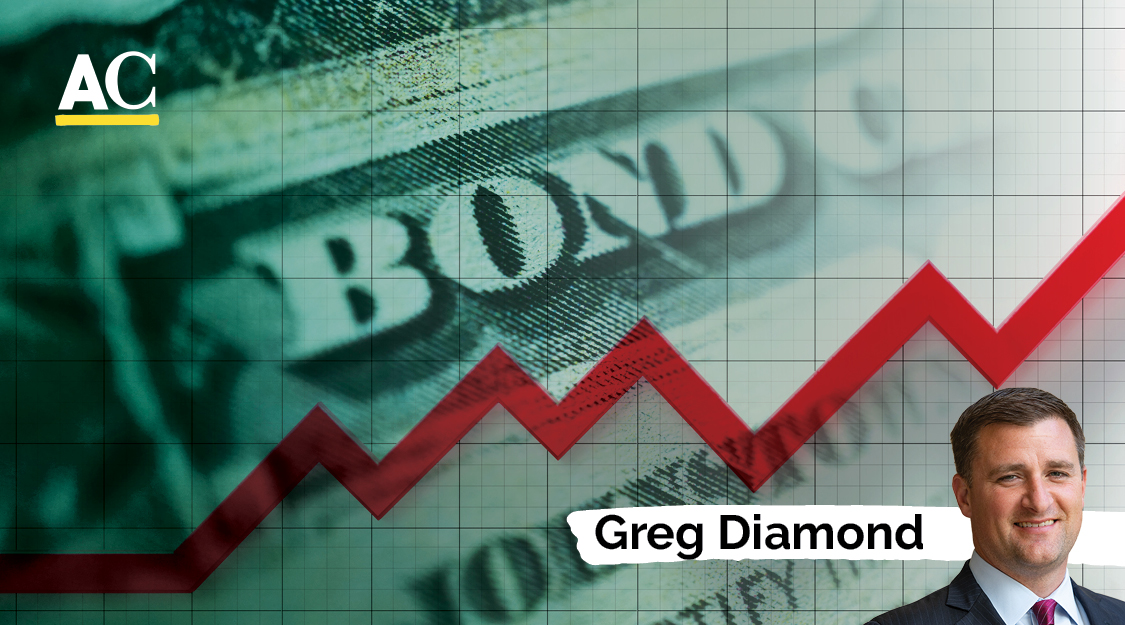 We’ve been highlighting Stansberry Research’s technical trading expert Greg Diamond these past few weeks or so here in American Consequences.

Usually his Ten Stock Trader analysis is for subscribers’ eyes only… But we’ve gotten permission to share his work with you as part of his recent promotional package. He held a special event on January 13 where he laid out a shocking market prediction and a dire warning for investors.

All those people who think stocks will go up forever… the guys behind the GameStop mania a year ago and the mom-and-pop investors who think the Federal Reserve can keep the bull market running indefinitely… they are in for a very rude and very sudden surprise this year.

Now, Greg has been making bold calls for some time. And he’s usually right… Greg called the March 2020 COVID crash to the exact week that the market bottomed. And he predicted the market turnaround after the Omicron scare last month.

His subscribers who have followed Greg’s calls have made extraordinary gains. Take Eddie K. for example – his testimony speaks volumes…

Most of our success is the result of Greg Diamond. Greg’s technical analysis skills are the best I have ever seen. Greg not only makes fantastic investment recommendations, he also tells you how much to risk to protect your nest egg.

For anyone considering using Stansberry Research, I would recommend starting with Greg Diamond’s Ten Stock Trader. We made the cost back in one month.

We’ve all seen stocks continue to soar, yet Greg is predicting an end for this runaway bull market… And it’s sooner than you’d think.

You can get access to the exact day when Greg says this market will turn around by clicking here. He also gives away some free stock recommendations, plus lots of information about his Ten Stock Trader newsletter and how he uses technical analysis to make these accurate predictions.

The Bond Market Is Calling the Fed’s Bluff

Bond traders are the smartest guys in the room.

This is something I learned early on in my career, and it’s worth sharing right now.

This isn’t to say the actual people trading bonds are geniuses and never lose money (I’ve seen some bad ones for sure), but I’m making a statement more about what the bond market is pricing in for the future.

Simply put, the bond market has a way of forecasting or discounting economic trends much better than stocks do… It’s forward looking.

So when we think about the current environment and what Jerome Powell and the Federal Reserve are saying they’re about to do (which is raise rates substantially), I’ve been focusing on the price action of the bond market.

And it’s not lining up with the consensus.

What do I mean by this?

Inflation is at 40-year highs, our Fed Chairman (Powell) just last week told Congress he will fight inflation by raising rates, and many Fed members are saying the Fed is going to raise rates two, three, or even four times this year.

And yet… bonds have hardly moved. In fact, they rallied for a bit after Powell’s speech… That’s not the price action of a bond market expecting runaway interest rates higher. The bond market is calling the Fed’s bluff – and quite frankly, so am I.

So, what’s the bond market discounting? What’s it pricing in for the future?

I don’t know for certain, but it sure isn’t buying what the Fed is selling.

As I say often, the “what” or “why” something will happen isn’t what I speculate on (although I have plenty of guesses)… it’s the price action and the when that matters to set up our trades.

So, let’s start there.

The Trap Is Being Set

The last rate hike cycle began in December 2015. The Fed started raising interest rates incrementally over the next three years. It was a slow start – only one hike in 2015, one hike in 2016, then three hikes in 2017.

For the most part, as interest rates went up, stocks went up. Bonds bought what the Fed was selling then… That’s good and it makes sense… Higher rates signal growth, and stocks follow, which makes a strong economy. So all was in sync.

But then in 2018, the Fed tried to get aggressive. It raised rates four times and the stock market broke down. Here’s a chart of the S&P 500 Index. I want to show you why I’m explaining this sequence of events over the last few years… Again, the rate hike cycle (in red) largely leads to higher stock prices (although volatile). But the market broke down when the Fed pushed too far. It completely reversed its stance (admitting it was wrong) and began to cut rates. This is when stocks rallied as they cheered a new dovish policy stance.

In early 2020, at its January meeting, the Fed noted that economic growth was to continue, the trade war with China was diminishing, and there were signs of stabilization in global growth. It noted coronavirus was a risk, but at that time, it was on the backburner.

Forget what you know now about the coronavirus and the crash – it’s easy to be a 20/20 hindsight trader. What I want to focus on is the spread between stocks and interest rates during this period.

Most important is that stocks rallied for almost three weeks after this meeting (into February 19, 2020, to be exact). Interest rates did not. The bond market was not buying the growth story or the stabilization story.

This was the trap.

The bond market was discounting trouble ahead. Was it discounting a virus? Probably not, but it was discounting lower growth, not higher growth like the Fed wanted us to believe. So stocks (and the Fed) got it wrong and bonds sent the warning. So here we are again… Here’s the chart of the U.S. 30-year interest rate going back to 2018. Again, look how rates made a lower high from November 2019 into the January 2020 meeting before the crash. This was the trap if you compare it to stocks, which kept rallying into February.

This is asset price divergence and a major warning… And we’re seeing the same thing now.

Look how interest rates topped out in March of 2021, made a lower high in October, and then another lower high this month. Stocks appear to be rallying to a new all-time high… and once again, this looks to be a trap.

Does this chart of long-term interest rates look like the picture of economic growth? It sure doesn’t to me.

Think about it like this… If the move up in rates from early 2020 to March 2021 was higher growth and higher inflation expectations, then what is the move down since then showing us? It doesn’t look good.

Simply put, bonds are sniffing out something yet again that equity investors aren’t. Bonds are leading and we need to pay attention to this price action. It was worthwhile to do so in 2020 and is likely to be again over the next few weeks.

When the price of bonds isn’t moving like one would expect and diverging from stocks (just like back in 2019 and 2020), it’s telling you something. The same thing is happening now.

Now, I don’t predict “events” or “why” something happens or will happen. Back in 2020, if you told me a coronavirus was going to crash the market, I wouldn’t have the slightest idea of what you were talking about. There’s a virus in Corona beer bottles? I had never heard of a coronavirus before. (Of course, now everyone is a coronavirus expert, but I digress…)

I didn’t know about a virus, but I knew something was wrong in the market based on how I look at things… and that proved to be correct. I traded the top and crash based on this analysis in 2020.

My trades and calls for market moves are based on price and time. And most importantly how price reacts into certain time periods – like right now. As traders and investors, we don’t deal in certainty… we deal in probabilities. The trades I make are based on these probabilities and then we assign risk to it and manage it accordingly.

And right now, the probabilities are very high based on price and time that volatility is going to explode in 2022.

So I don’t know what the bond market is pricing in. I won’t even try to predict that. But it certainly isn’t an aggressive inflation-fighting environment like the Fed is saying – and what seemingly everyone knows is going to happen.

If everyone knows the Fed is raising rates and inflation is here to stay, but the bond market is saying otherwise, then no one is thinking. That is the trap that’s being set… at least that’s what the market is telling me right now.

So what do we do?

The cat is out of the bag in terms of when I’m expecting this rally in stocks to come to a halt. I’ve said I expect the market to drop fairly soon, in February/March. In the next few days, I’m going to go into more detail than I ever have before in terms of why I think this is based on the technical methods I use.

But you can add this report on the spread between bonds and stocks to the list of those reasons.

The price action between interest rates in stocks only adds to my conviction that we are on the precipice of a very volatile environment on the horizon.

Love us? Hate us? Let us know how we’re doing at [email protected].