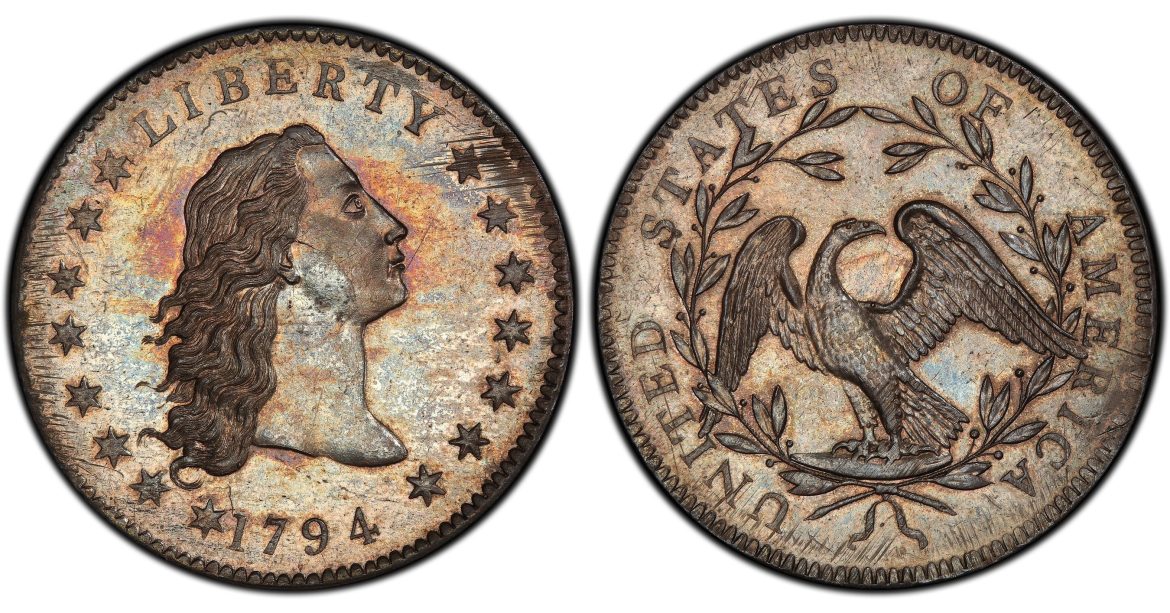 It was likely seen by George Washington, Alexander Hamilton, and Thomas Jefferson.


Vegas business executive Bruce Morelan paid $10,016,875 for the acclaimed rare coin in 2013, a record at the time, and exhibited it across the country and in Europe. One of the coin’s previous owners was Amon G. Carter Sr. (1879-1955) of Texas, a former publisher of the Fort Worth Star-Telegram newspaper.

Ian Russell, president of GreatCollections, said, “Because of its sharpness of detail, researchers believe this coin was specially struck, perhaps as a presentation of the country’s first dollar coin. Because of its significance, it was likely seen by President George Washington, Treasury Secretary Alexander Hamilton, and then-Secretary of State Thomas Jefferson who oversaw the young United States Mint. Without question, this is America’s most coveted silver dollar, a numismatic national treasure. It gave me chills closing the transaction for this piece of history.”

Intended to help replace Spanish, English, Dutch, and French coins commonly in circulation in the USA’s post-Colonial era, a total of 1,758 silver dollars made in Philadelphia on a hand-turned coining press were delivered by the United States Mint to government officials in October 1794.

“Only about 140 still survive, and this 1794 silver dollar is the only known specimen-striking, substantially better than the examples in the Smithsonian Institution’s National Numismatic Collection and the American Numismatic Association museum,” said Russell.

The front of the dollar depicts the date 1794 with an allegorical female representation of liberty as well as the word, LIBERTY. The design on the back is an eagle surrounded by a wreath and the words, UNITED STATES OF AMERICA.

The coin was authenticated by experts at Professional Coin Grading Service who designated it as a specially-made specimen strike and graded it as a superb, mint state 66 on the numismatic grading scale of 1 to 70. John Albanese, founder of Certified Acceptance Corporation in Far Hills, New Jersey negotiated the sale transaction with GreatCollections on behalf of Morelan.

Morelan, 60, began collecting at the age of six. “Coins are in my blood, and the 1794 dollar was a lifelong dream,” he stated. “I’m truly blessed to have owned it, and hope the new owner has as much joy, pride, and satisfaction as I did.”

“This 1794 silver dollar was the world’s most valuable rare coin for nearly a decade after Morelan purchased it for $10 million in 2013. At its latest sale price of $12 million it is the world’s most valuable silver coin and now the second most valuable rare coin of any kind. Last year’s $18.9 million sale of the 1933 Saint-Gaudens Double Eagle (U.S. $20 denomination) gold coin set the new record,” explained Russell who exhibited that gold piece at the 2021 Chicago World’s Fair of Money on behalf of its anonymous new owner.