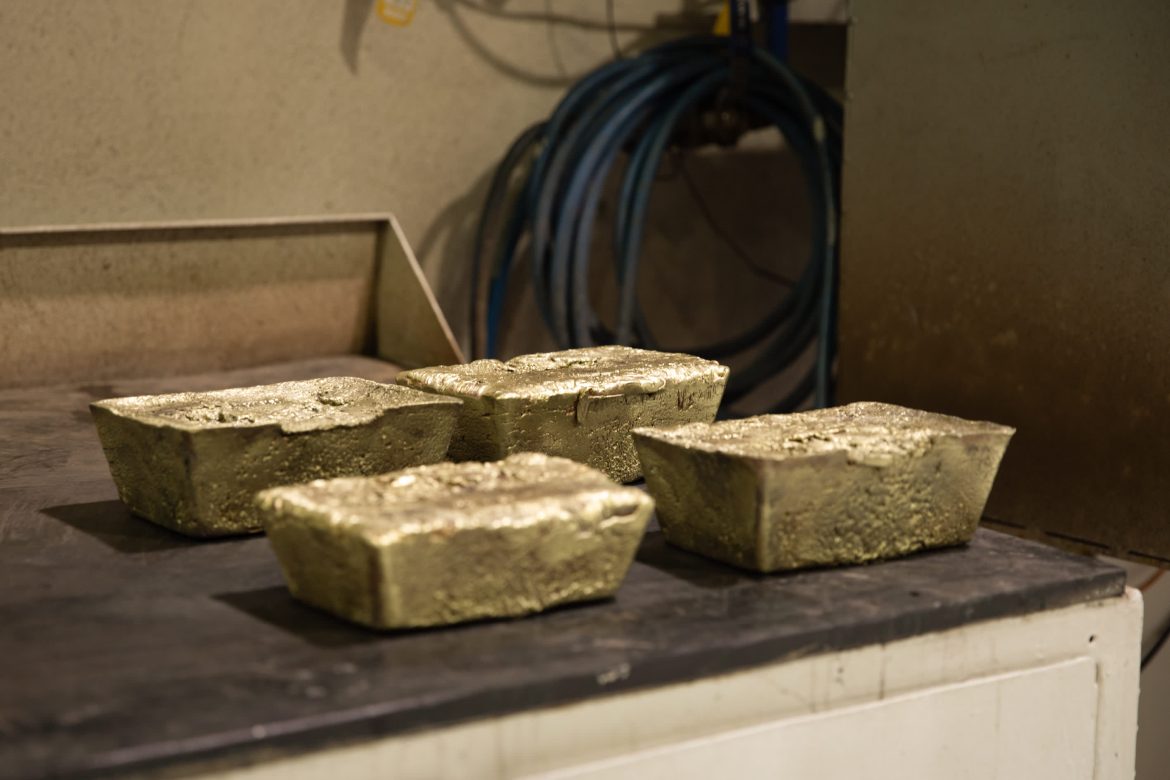 Dore ingots are prepared to be sent to refinery at Ovacik facility in Bergama district of Izmir, Turkey on December 08, 2021.

Gold prices jumped on Friday to a near two-month peak as concerns over surging inflation and escalating tensions between Russia and Ukraine lifted demand for the safe-haven metal.

A Russian attack on Ukraine could begin any day now and would likely start with an air assault, White House national security adviser Jake Sullivan said on Friday.

“Gold is seeing some safe-haven inflows as we got geopolitical risks out there and worries around the impact that higher rates are going to have on global growth,” said Chris Gaffney, president of world markets at TIAA Bank.

Gold is considered a hedge against soaring inflation and is often used as a safe store of value during times of political and financial uncertainty.

The rising Ukraine tensions accelerated a selloff on Wall Street. U.S. equities had declined in the previous session after data showed the biggest annual increase in consumer prices in 40 years, increasing pressure on the Fed to aggressively raise interest rates.

Fed fund futures are pricing in chance of 50 basis points hike at next month’s policy meeting.

“Gold is starting to get its groove back some investors are seeking protection against an overly aggressive Fed tightening cycle that could threaten growth,” said Edward Moya, senior market analyst at brokerage OANDA.

“Gold could rally above the $1,900 level if (Russian) troop movements occur.”