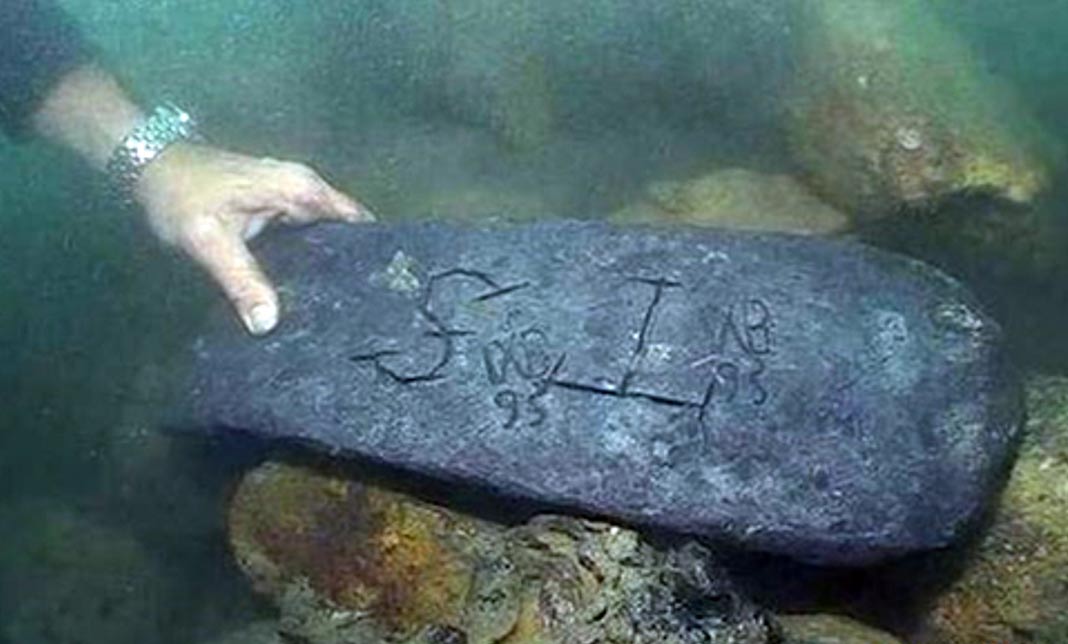 Underwater explorers in Madagascar discovered an extraordinary discovery: a 50 kilogram slab of silver with inscriptions, which is now being guarded on Sainte Marie island off Madagascar’s east coast. The significant loot may have come from the wreckage of a pirate ship owned by famed Scottish pirate William Kidd.

The silver bar was discovered in shallow seas off Sainte Marie island by a combined UK-US archaeological effort directed by Barry Clifford, an underwater investigator who discovered the wreckage of William Kidd’s ship Adventure Galley in 2000.

The bar is inscribed on one side with a ‘T’ and a ‘S,’ and on the other with characters and numerals, the meaning of which is now unclear.

Clifford is certain that the riches originated from Captain William Kidd’s shipwreck.

Captain William Kidd (1645–1701) was a Scottish sailor who was convicted and hanged for piracy after returning from an Indian Ocean trip. He is widely regarded as either one of history’s most legendary pirates or one of its most unfairly persecuted and punished privateers. The latter viewpoint stems from the fact that, while his acts were apparently less damaging and lucrative than those of other pirates, he met a pretty gruesome end — he was hanged twice (the first attempt failed), before being coated in tar and hanging from a gibbet over the Thames.

“The son of a Presbyterian minister, Kidd was a buccaneer and captain for a private British ship in the Caribbean for some years until deciding that piracy was more gratifying after he was commissioned to cruise to Madagascar aboard the Adventure Galley,” according to The Guardian. “His most famous capture was the Quedah Merchant, a 400-tonne ship carrying bullion, silk, gold, sugar, opium, and fabric.”

When Captain Kidd realized that he was sought as a pirate, he hid part of his loot on Gardiners Island in the hopes of using his knowledge of its location as a negotiating chip. Kidd’s loot was finally retrieved from Gardiners Island in a location known as Cherry Tree Field, but it was transferred to England to be used as evidence against him.

Kidd was apprehended in Boston in 1699 and imprisoned at Newgate. The riches discovered aboard his ship was valued at £30,000 (about £10 million today), but the rest of his loot was never discovered. The assumption that Kidd left buried riches contributed significantly to the legend’s expansion, as well as providing fuel to ongoing treasure hunts in locations Kidd is known to have visited.

According to the BBC, “there is a lot of enthusiasm in Madagascar over the find, and Mr Clifford’s team has no doubt that it’s real.”

The silver bar, which was handed to Madagascar’s President in a special ceremony on Sainte Marie Island, is supposed to have originated in Bolivia, while the ship is likely to have been constructed in England. Work will now be done to determine the origin of the riches.

The featured image shows a 50kg silver bar discovered off the coast of Madagascar that is considered to be Captain Kidd’s. Photo credit: Madagascar’s Presidency of the Republic.