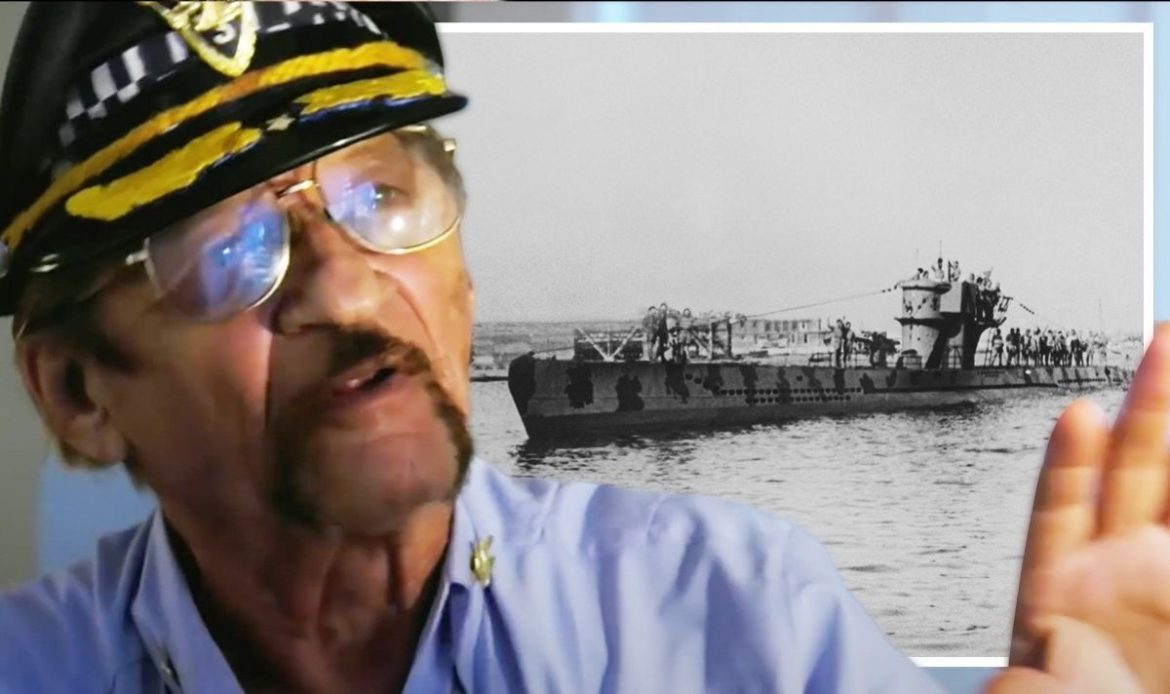 U-boats, which take their name from “Unterseeboot” (undersea boat), were a major part pf Nazi Germany’s World War 2 arsenal. The submarines attacked merchant vessels in the Atlantic Ocean, causing chaos for Britain and its allies. As well as their combat use, a fleet of nine U-boats were also reportedly repurposed to smuggle gold and art stolen by the Nazis out of Germany to South America during the waning days of the Nazi regime.

One of these underwater vessels sank while transporting the spoils of war, according to the late treasure hunter Roger Miklos (below).

The American, who died in 2018, claimed to have found the U-boat in 1981 off the Turks and Caicos Islands near the Bahamas.

The trail of clues he left as to the submarine’s whereabouts is explored in History Channel US documentary, ‘History’s Greatest Mysteries’, released in September 2021.

In the programme, archive footage shows Mr Miklos explaining how the subs were specially modified for long underwater journeys and to carry their precious cargo.

He said: “Here is the normal conning tower and all these machine guns and stuff.

JUST IN: Mali to cease all military cooperation and terminate all treaties with France

“They eliminated all that. They moved the bridge forward. They modernised the bridge [and] made it very narrow.”

Mr Miklos, who never revealed the exact location of his amazing find, was convinced there were millions of dollars’ worth of treasure onboard the submarine when it sank.

He said: “There are 50 tonnes of gold on that thing.

“All of those paintings – Leonardos, Monets, all of the famous works of art.

“600 of them distributed between these nine U-boats.”

The documents, which include a code he came up with himself, are looked at in the documentary.

Given the cutthroat nature of the treasure hunting, Mr Miklos kept his secret from everyone while he was still alive.

However, after his death, his briefcase of evidence was handed over to diver and explorer Mike Fletcher.

In the film, he and his team try to hunt down the U-boat based on Mr Miklos’ trail of clues.

Mr Fletcher says: “We are the only people to see this.

“Roger Miklos was so paranoid that somebody was going to find his U-boat that he never wrote the location down.

“I’ve watched hours of Roger talking to [the] camera, read all of his documents, [and] looked at his maps.”

‘History’s Greatest Mysteries’ is available on the History Channel US.