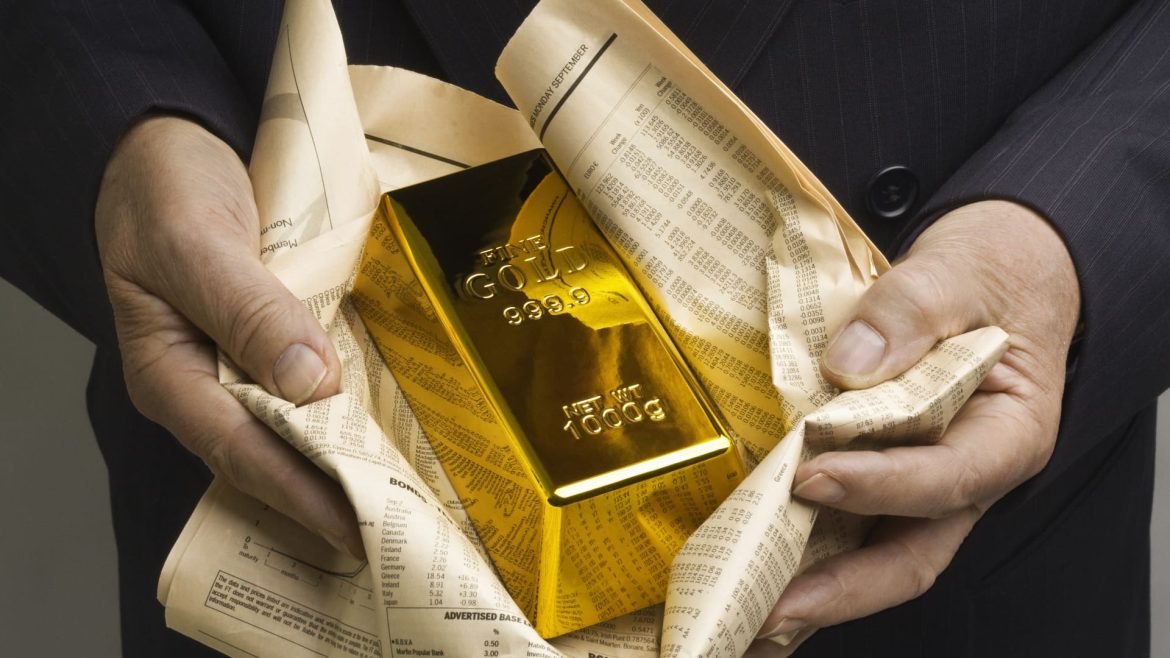 A gold bar is wrapped in a financial newspaper.

Gold prices rose on Friday as the dollar continued to weaken, notching a second straight weekly rise for bullion amid cooling bets for a more aggressive Federal Reserve monetary policy.

Gold this week has been supported by a moderation somewhat in market expectations from the Fed’s monetary policy for next year, and most importantly the weaker U.S. dollar, said Ilya Spivak, a currency strategist at DailyFX.

There is price support at $1,830 on the downside and on the topside the next key level is around $1,885, Spivak added.

Minutes of the Fed’s May 3-4 policy meeting released on Wednesday highlighted, as the market expected, that most participants favoring additional 50 basis point rate hikes at the June and July meetings.

“We need a clearer signal that hard economic data is turning sour for the Fed to even think about a pause (in tightening)… hence gold investors are still reluctant to push the envelope significantly higher,” said Stephen Innes, managing partner at SPI Asset Management.

“If the Fed signals a pause, then gold will move much higher, but until they do so, we could be range trading for a bit.”