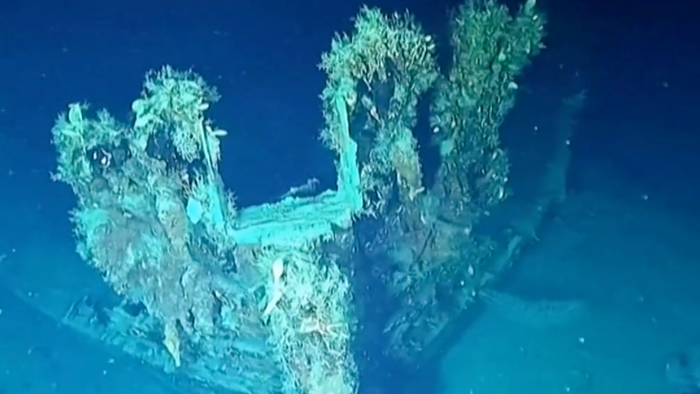 The Colombian government released a new video of a Spanish ship that sunk three centuries ago off the South American country’s coast. Maritime experts describe it as the “holy grail” of Spanish colonial shipwrecks.

President Ivan Duque and naval officials released a video on Monday showing the long-sunken San José galleon, resting 900 meters below the ocean’s surface, with treasure that could be worth billions of dollars, according to Reuters.

No humans have been able to reach the shipwreck found in 2015 near Colombia’s Caribbean port of Cartagena.

A remotely operated underwater vehicle with a camera and powerful light recently examined the wreckage, finding gold bars and coins and cannons.

“The idea is to recover it and to have sustainable financing mechanisms for future extractions.

“In this way we protect the treasure, the patrimony of the San Jose galleon,” President Ivan Duque said.

Colombian Navy commander Admiral Gabriel Perez said the underwater vehicle found two other shipwrecks in the area, believed to be from two centuries ago.

“We now have two other discoveries in the same area, that show other options for archaeological exploration,” Perez said.

The story behind why San José has been considered the “holy grail” of shipwrecks is that it was loaded up with precious metals from South America and headed to Europe when the British Navy sank it in 1708. CBS News said experts estimate the treasure to be “200 tons of gold, silver, and emeralds.”

Here’s the video of the wreckage.

Now comes the hard part: How to retrieve the billions of dollars in treasure 900 meters under the surface?