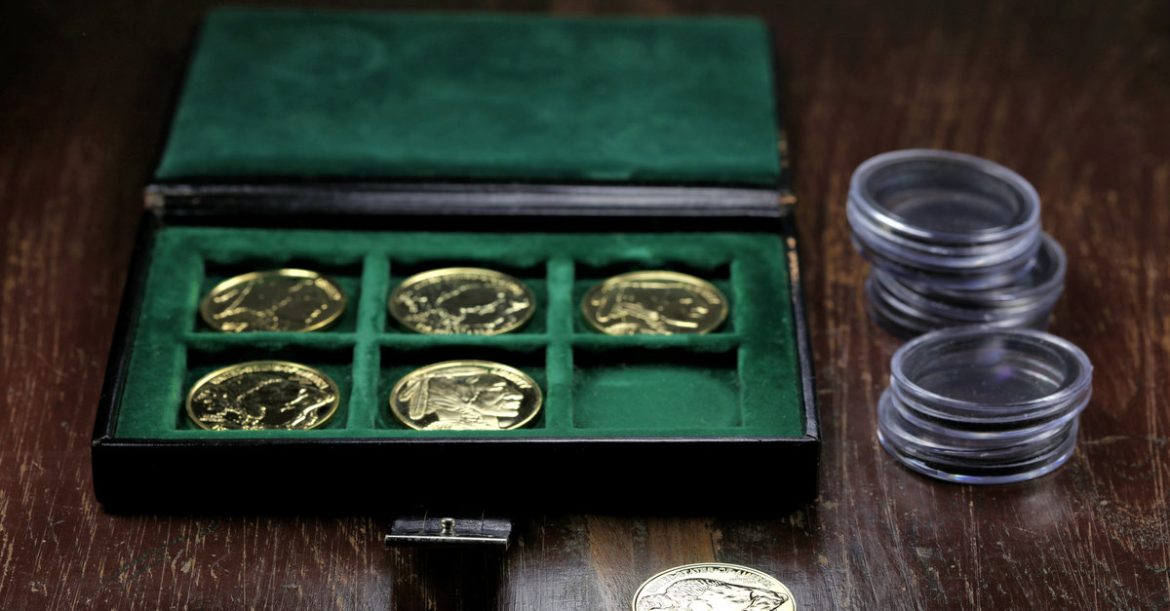 The confluence of several less-than-once-in-a-generation factors has dragged financial markets down throughout 2022.

For those still weighing whether we are in a bear market or not, Vijay L Bhambwani, a currencies and commodities expert, points out that for traders, “long positions have been bleeding” and “resulting in margin calls week-on-week for months”.

Are you looking for fast-news, hot-tips and market analysis?

Nearly every asset owned by the ‘general public’ has eroded deeply this year, including the fresh and exotic faces of the store of value – cryptocurrencies.

With a record high retail inflation in the US last week, hopes of easing inflationary pressures were dashed, resulting in a historic rate hike of 75 bps by the Federal Reserve.

Markets rallied on the Fed’s re-established credibility, but it was to be short-lived. At the start of the business day, US markets returned a chunk of yesterday’s gains as fears of a recession took center stage again, blunting the Fed’s most powerful move in nearly three decades.

In the CPI data, essentials including food, fuel, and rent were at multi-decade highs, crushing household budgets. With OPEC+ members failing to meet their quotas and refining capacities being in short supply, gasoline prices in the US have spiked too, reminiscent of the early 1970s.

In the seventies and eighties, US consumer price inflation breached 8% on two separate occasions. First, from 1973 to 1975, retail inflation stayed above 8% for 23 consecutive months. In the second case, between 1978 and 1982, this lasted a mammoth 41 consecutive months.

With no sign of inflationary pressures easing, households may have to accept the possibility of an extended period of financial hardship and steep declines in purchasing power.

The DXY is primarily composed of the EURUSD and signals the favorability of the dollar against other currencies in the international forex market. Although the dollar has strengthened in this respect, at home, inflation is raging, and purchasing power of households continues to erode.

Despite claims of the demise of gold and no shortage of bad press received this year, the yellow metal has preserved its value year-to-date (YTD). It has significantly outperformed the basket of assets in the above graph on this basis.

It should be noted that this is the paper price of gold, in the highly liquid futures contracts market and not that of the physical market.

In the above graph, by and large, gold derivatives have seen a rise in price during periods of increasing inflation.

Paper gold and physical gold are separate markets. The paper gold market is a futures market, where participants trade a paper contract to deliver gold at some pre-determined date. However, according to a 2013 report by the London Bullion Market Association (LBMA) and the London Platinum and Palladium Market (LPPM), in 95% of transactions, contracts are rolled over and no physical delivery takes place. Physical metals are thus not exchanged at the metals exchange.

Paper metals, being representations of the real thing, can be orders of magnitude greater than the actual physical supply. As a result, these markets can be very volatile, and their liquidity is often used to cover margins during losses in the broader financial markets.

Thus, the supply and demand fundamentals of the physical substance do not determine the price of paper gold. The paper market follows its own heavily-financialized logic and is divorced from physical fundamentals.

Instead, the paper price acts as a beacon, on which all physical prices are locally determined.

With financial portfolios having been decimated, new headwinds are gathering in the real economy.

For US households, the single biggest asset is usually home equity. The latest CPI figures show that shelter costs were up 5.5% annually, while new home sales fell to their lowest since April 2020, and 19% of owners reportedly cut prices over the past month.

Mark Zandi, Chief Economist at Moody’s Analytics believes that the US economy is now in a “housing correction.” At the same time, mortgage applications are anemic as rates have spiked.

Although the US May jobs report showed an uptick, marquee companies have been laying off workers in a hurry, amid tightening economic conditions, supply disruptions, and gloom demand projections.

With financial portfolios losing value fast, real home equity losses mounting, and now, jobs being threatened, where is the average householder to turn?

Physical gold is a unique albeit often overlooked animal.

What is perhaps most startling is the surging demand for physical, and not paper gold, at a time when financial assets are bleeding. One reason this trend may have gone largely undetected is that physical gold is a price taker of paper gold.

Crucially, gold has been money for thousands of years. Due to its permanence, and inability to simply be created by an act of will of monetary authorities, the yellow metal has maintained a lasting and universal appeal as a currency of exchange and store of value.

Unlike assets in the financial system, gold does not incur a counter-party risk. That means unlike capital appreciation of equities, dividend returns, or bond pay-outs, there is no risk of expected financial returns not materializing or remaining unpaid. Its value does not depend on a future stream of cash flows.

In 1971, President Nixon took the dollar off the gold standard. Professor Harold James of Stanford University described this as having “severed the millennia-long link between money and precious metals”.

Despite the Nixon Shock of five decades ago, the graph below documents the surge in total sales of American Buffaloes, a popular 24-karat gold coin sold by the US Mint. The full-year data for 2022 is a projection based on the sales of 238,000 ounces from January to May.

In today’s tumultuous times, with economic growth waning and grave market uncertainties, there seems to be an ongoing reversion in the demand for gold as a store of value.

Although the paper price of gold may have performed better this year than other financial assets, the price movements have been very volatile. This has often been used as a rationale to discount gold as a reliable inflation hedge.

However, the graph below suggests that the physical market is another matter altogether. The average consumer seems to still have faith in the store-of-value properties of physical gold, as purchases have picked up considerably in the last 3 years, especially in line with rising inflation.

Since the outbreak of coronavirus and the extraordinary economic policies that have been enacted around the world, the average annual price of paper gold has remained relatively stable. However, the CPI in the US has reached historic highs and so have purchases of American Buffaloes.

This suggests that the preference for physical gold in times of market uncertainty and high inflation is likely rising faster than that of paper gold.
Of course, the physical gold market is much smaller and fragmented. Yet, the pace of purchases in the past three years shows a fundamental shift has occurred with the Fed’s 2019 decision to divert from policy normalization, which was closely followed by the viral outbreak.

The risks to physical gold prices

The key risk to physical gold prices is from rising interest rates. Since gold does not provide a return, it is less attractive compared to interest-bearing products. As rates continue to rise, we may see a slowdown in physical demand due to this reason.

However, continued quantitative easing is likely to affect all financial assets as well.

There are at least four considerations to take note of here. Firstly, the Fed’s track record, and especially its reversal in 2019, may imply that the pain of policy normalization is too much for the economy to bear. Markets have already sold off twice in as many weeks, and debt burdens are rising.

With a debt to GDP ratio of 130%, it may be challenging for the Fed to stay its stated course.

With inflation at four-decade highs, the anguish of the average consumer is palpable and rate hikes may lead to more harm and a social backlash.

Danielle DiMartino Booth, CEO of Quill Intelligence, and an advisor to the Dallas Fed from 2006 to 2015 believes that a Q2 contraction in US GDP is a very real possibility. The Atlanta Fed had forecast Q2 growth at a subdued 0.9% last week, but this collapsed to 0% yesterday, leading to fears of a recession or even a full-blown economic downturn.

In the early days of a fresh rate hike cycle, announcements of a possible Fed Pause have only fuelled doubts about the Fed’s willingness to tackle high inflation.

Secondly, due to the presence of supply disruptions, it is unclear how quickly or effectively demand-side rates will ease inflationary pressures, threatening a stagflationary scenario. According to Greg McBride, Chief Financial Analyst at Bankrate, the Fed’s “job is going to get tougher…especially if inflation stays stubbornly high.”

Thirdly, amid quantitative tightening in a bear market, if financial portfolios (and savings) continue to erode, by virtue of being outside the mainstream financial system, physical gold may provide a source of rare comfort to householders.

Lastly, under current conditions, the projected sales of gold in 2022 are nearly 10 times that of 2019. This is a substantial increase not reflected in the paper price. Ongoing supply disruptions and rising demand may force local dealers to raise their own prices in the future.

The Fed’s 75 bps hike should be highly negative for gold, at least in theory. However, today paper gold is actually trading 0.6% up.

This may signal that with heavy market uncertainty, and the reversal of the Fed hike relief rally, market demand for physical gold may maintain a strong uptrend, especially as an instrument of wealth insurance.

Given the historic rate hike, metal investors will be keeping a close eye on physical sales data from the US Mint.

Where to buy right now

To invest simply and easily, users need a low-fee broker with a track record of reliability. The following brokers are highly rated, recognised worldwide, and safe to use:

*Cryptoasset investing is unregulated in some EU countries and the UK. No consumer protection. Your capital is at risk.