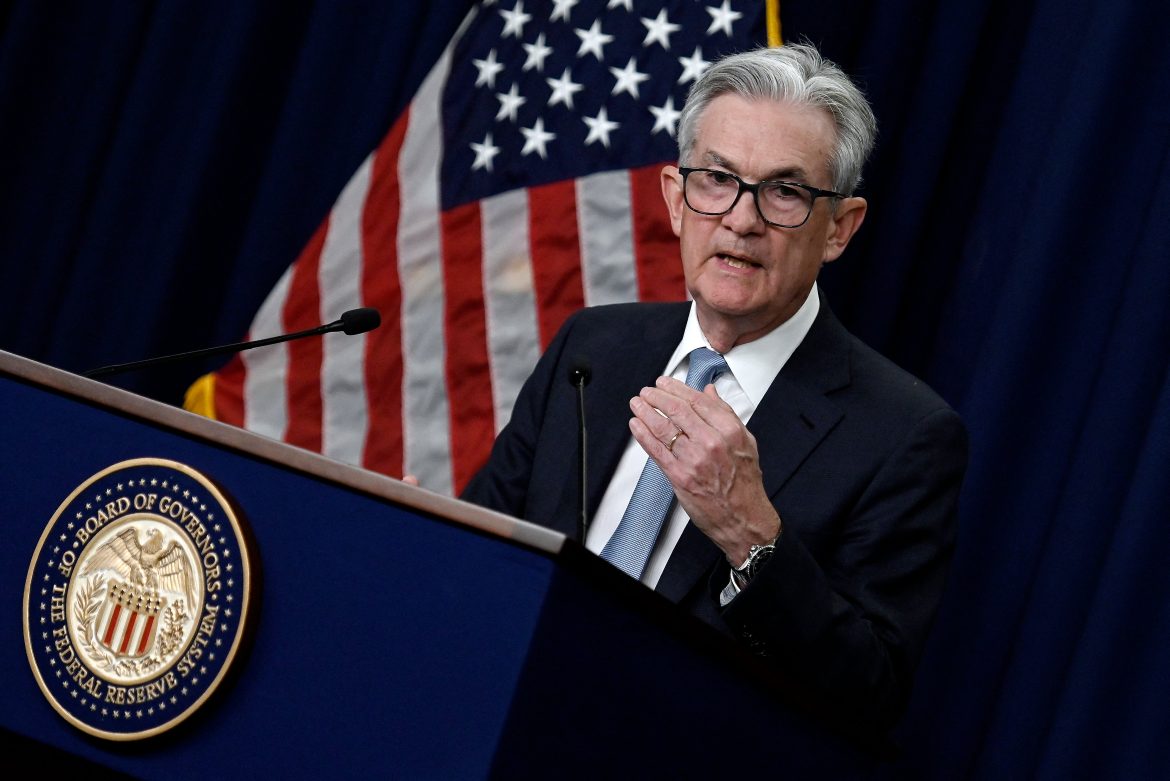 The Wall Street Journal senior writer discusses the chance of recession on ‘The Claman Countdown.’

Wall Street is increasingly skeptical that the Federal Reserve can crush inflation without also triggering an economic recession as the U.S. central bank hikes interest rates at the fastest pace in decades.

Central bank policymakers on Wednesday approved a 75 basis point interest rate hike for the first time since 1994 as they race to catch up with runaway inflation.

Another hike of that magnitude could be on the table in July amid signs of stubbornly high inflation, Chairman Jerome Powell told reporters after the meeting, prompting investors to reassess the economic outlook.

“The Federal Reserve is going to hike interest rates until policymakers break inflation, but the risk is that they also break the economy,” Ryan Sweet, the head of monetary policy research at Moody’s Analytics, said in an analyst note.

“Growth is slowing, and the effect of the tightening in financial market conditions and removal of monetary policy has yet to hit the economy.”

The Fed could confront a difficult decision in coming months, Sweet said, as officials determine whether to induce a recession or wait to see if inflation subsides but risk a deeper recession and “stagflation” scenario. Hiking interest rates tends to create higher rates on consumer and business loans, which slows the economy by forcing employers to cut back on spending.

“The Fed could be faced with a Hobson’s choice: Push the economy into a mild recession, similar to our scenario, to tame inflation, or wait and cause a more significant recession, since a stagflation scenario is possible next year if the Fed isn’t aggressive enough,” Sweet wrote.

A man shops at a Safeway grocery store in Annapolis, Md., May 16, 2022, as Americans brace for summer sticker shock and inflation continues to grow.  (Jim Watson/AFP via Getty Images / Getty Images)

Officials also laid out an aggressive path of rate increases for the remainder of the year. New economic projections released after the two-day meeting showed policymakers expect interest rates to hit 3.4% by the end of 2022, which would be the highest level since 2008.

But the economic projections, known as the “dot plot,” show that while policymakers expect rate hikes to conclude in 2023 at a peak of 3.8%, they have also forecast several modest interest rate cuts in 2024, a sign that the Fed could be bracing for a slowdown in coming years.

The U.S. could be facing a recession. (iStock / iStock)

“The downward revision of the growth path, increase in unemployment and inflation remaining (at) elevated   levels imply that the probability of a recession is rising,” said Joe Brusuelas, RSM chief economist. “And we think the first real possibility of the economy falling off a cliff resides in the first quarter of next year.”

GET FOX BUSINESS ON THE GO BY CLICKING HERE

Although Powelll has said the central bank is not trying to induce a recession, he has not ruled out the possibility of a downturn and has admitted the odds of a successful “soft landing” are getting narrower.

“There’s a path for us to get there,” Powell said Wednesday, referring to a soft landing. “It’s not getting easier. It’s getting more challenging.”