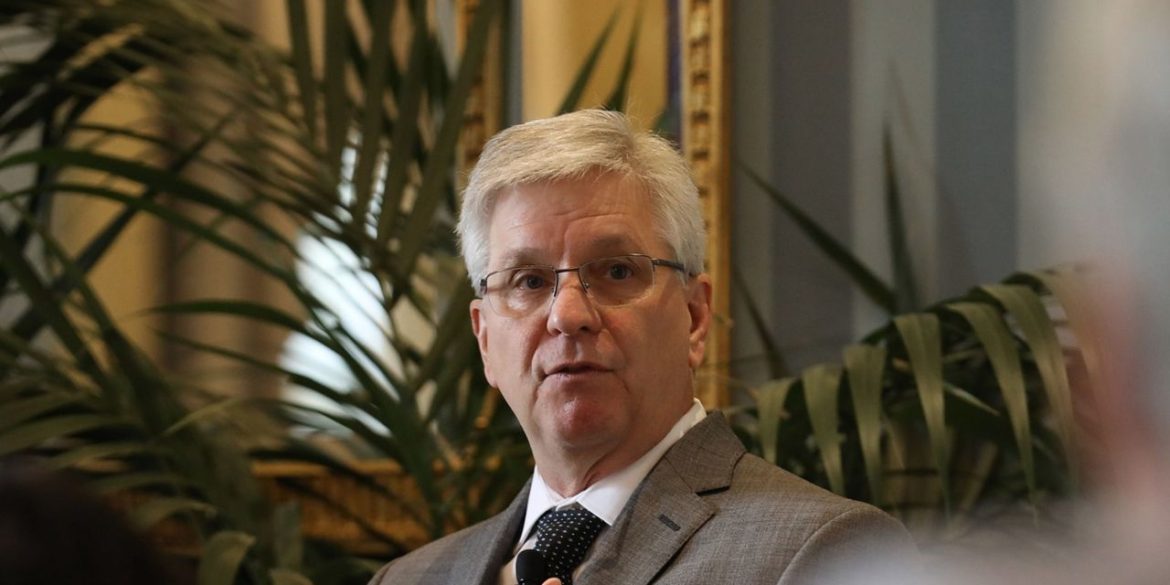 Federal Reserve Gov. Christopher Waller on Thursday said he backs big increases in a key U.S. interest rate over the next several months to drive U.S. inflation lower and make sure the public doesn’t come to expect rapidly rising prices.

“It’s just too high and doesn’t seem to be coming down,” Waller said in a “fireside chat” held by the National Association of Business Economists. The cost of living as measured by the consumer price index hit a 40-year high of 8.6% in May.

The Fed aims to raise its benchmark short-term rate to 3.4% by year end and to as high as 3.8% in 2023. The bank kept the rate near zero during the pandemic as a lifeline for the economy. It only began to raise rates in March well after inflation had gotten out of hand.

Waller contended the economy can better handle higher rates while it is still strong. By acting fast now, he said, the Fed would be in better position fight inflation in the short run and to support the economy later on if it grew too weak.

Beyond that Waller indicated he’d likely favor 0.25% increases so long as inflation began to ease.

In a broad-ranging discussion, Waller also cast doubt on the the negative U.S. economic growth rate in the first quarter and the possibility of another decline in the second quarter.

He suggested the figures on gross domestic product would eventually be revised up to show growth.

Waller also downplayed talk of recession and said it’s not baked into the cake. “It would be tough to say we have recession with 3.6% unemployment,” he said.

Waller also said the Fed is determined to reduce inflation to its prepandemic levels of around 2% or so.

Asked if he would be OK with 3% inflation in the long run, he said: “not a chance.”