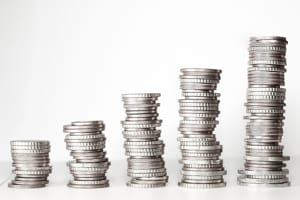 Governments and central banks have become the lender of first resort instead of the last resort, and this is immensely dangerous. Global debt soars, inflation creeps in and many of the so-called “supply chain disruptions” are the result of zombification after years of subsidising low productivity and penalizing high productivity with increased taxes.

There are many reasons why nations should not “spend now and deal with the consequences later.” First, the spending is made by politicians that will not be held accountable for the malinvestment and unwise outlay decisions. Furthermore, the cost will always be paid by taxpayers and businesses.

Think about the irony of promoting an “Inflation Reduction Act” that means spending more and monetizing more debt. But it is even more ironic to launch an “inflation reduction act” after creating massive inflation with multi-trillion-dollar stimulus plans and central bank balance sheet expansion. Government presents itself as the solution to the problems it creates and passes the bill twice to taxpayers.

Second, governments are extremely bad at picking winners but even worse at picking losers. Policy nudging, subsidies and grants are often aimed at obsolete or politically favoured sectors which in turn leads to the rise in zombie companies. Government spending to “save” businesses tends to support those who are already highly indebted and with relevant challenges to pay their debts. This is bad, but picking losers is even worse. The world would not have a food and energy crisis because of a disruption from countries that mean less than 10% of supply if regulation and laws would not have placed enormous burdens on investment in farming, energy, and trade in general.

Third, the negative impact outweighs the positive. I remember a conversation with Judy Shelton in which she mentioned in 2021 how the U.S. economy would be stronger if it had not implemented the stimulus plan (https://www.youtube.com/watch?v=kJniUuL7_pk&t=103s). She was right. The enormous spending plans have created an unsurmountable structural deficit, as many programs are consolidated and increased, and the negative impact on growth, inflation, and real wages only a year and a half later are undeniable.

It is undeniable that economies come out of every crisis with higher debt, lower growth, weaker real wage growth and poorer job creation. Yet, somehow, people think that the next time will be different. They said the same about 2020. And it was different. You had your cheque and paid for it multiple times over with higher inflation and more taxes.

Critics may say that this is easy to say in a recovery, but how do we explain to citizens that governments should do nothing? Herein lies another of the tricks from interventionists. We have grown accustomed to the idea that if the government does no spend massively in a crisis, then it is doing “nothing.” Enormous demand-side policies are essential even when the problem has nothing to do with demand. Even worse, a trillion-dollar plan must be followed by a two trillion one or it will seem too small, no matter what the problem of the outcome is.

Policies should not be judged by their intentions, as Milton Friedman said, but by their results. And when the results are so poor as the ones we have witnessed for almost two decades, we must warn about this constant decision to spend more.

Why is it so dangerous to use central banks and governments as the lender and solution of first resort? Because their main resource to implement those policies is you. Your wealth. Expropriation of wealth is the other side of the “social policy” coin. Taxes and inflation, or both. Some readers might think it is a clever idea to expropriate the wealth of the rich to support the economy, but by now they should know that it is a lie. When you give extraordinary powers to a government based on the idea that stealing from the rich is valid, you are giving power to politicians to steal from you as well. And they do. There is no single example of massive government spending plans financed with higher taxes on the rich that did not end meaning higher taxes for all or more inflation, the tax on the poor.

When you read “spend now, deal with the consequences later” what you are reading is give me your wallet because you will deal with the credit card balance later.

The next time you read the dreaded sentence that titles this article, remember: There is nothing that the government gives “for free” that you do not pay one way or the other.