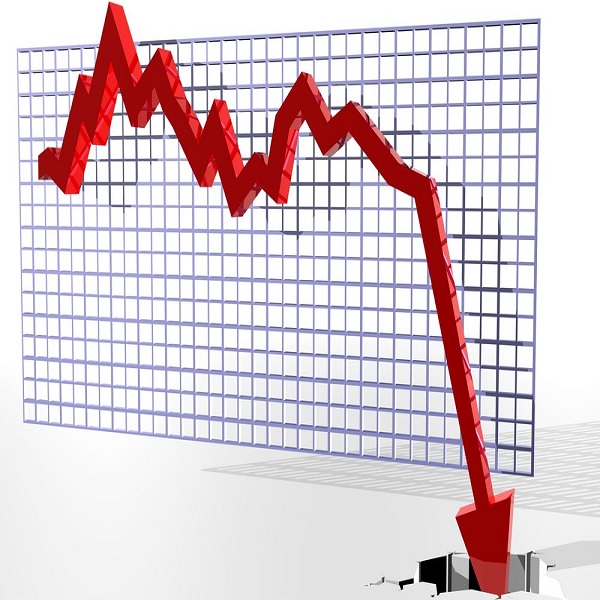 There is an unprecedented situation emerging in London, where the relentless hemorrhaging of one of the world’s largest stockpiles of silver is now well and truly under way.

For the last 9 months, this stockpile of silver, held in the LBMA vaults in London, has been consistently falling each and every month, and has now reached an all time low (since vault holdings records began in July 2016).

These vaults comprise the precious metals storage facilities in and around London run by the bullion banks JP Morgan, HSBC and ICBC Standard Bank, as well as the London vaults of three security operators, namely Brinks, Malca-Amit and Loomis. Since the system of vaults is administered and coordinated by the London Bullion Market Association (LBMA), these vaults are collectively known as the ‘LBMA vaults’.

Back in July this year, BullionStar highlighted this developing trend in the article titled “LBMA Silver Inventories fall to a near 6 Year Low below 1 billion ounces”.

That article covered the vault data up to the end of June 2022, where the London silver holdings had reached the dubious milestone of having dropped below the 1 billion ounce level, specifically falling to 997.4 million ozs (31,022 tonnes).

Since then, however, the situation has only worsened. Latest data for July and August show that the downward trend is still very much intact. During July 2022, London silver inventories fell by another 4.66% month-on-month, with the vaults seeing an outflow of 46.5 million ozs of silver (1447 tonnes). This brought total LBMA London silver holdings down to 950.9 million ozs (29,576 tonnes), and a new all time low since records began. (Note the lowest previous low had been 951.4 million ozs at the end of July 2016).

According to @MetalsFocus, Indian #silver bullion imports jumped to a record high of 1,754t in July, compared to just 15t in July 2021.

Now that August 2022 vault data has been released (LBMA release vault data by the 5th business day of a new month), we can see that August saw no reprieve, because in August the London silver holdings fell by another 3.62% month-on-month, with the vaults seeing an outflow of 34.4 million ozs of silver (1070 tonnes). This brings the LBMA silver vault inventories down to 916.5 million ozs (28,506 tonnes).

In other words, during these two months of July and August 2022, the LBMA vaults have lost another 2517 tonnes of silver.

To put all of this into context, the Silver Institute estimates that world annual silver mining production will only be 843.2 million ozs this year. That’s 26,262 tonnes. So the LBMA vaults, with 28,506 tonnes as of the end of August 2022, now hold just less than one year’s mine supply of silver.

In addition, except for a blip during November 2021 in which LBMA silver inventories rose by 311 tonnes, the LBMA silver vaults have actually seen outflows for 13 of the last 14 months. This is because silver inventories in London also fell in each of the months of July, August, September and October 2021. Putting all of this together means that since the end of June 2021, the LBMA vaults in London have lost 8200 tonnes of silver (263.3 million ozs), and the vaults now hold silver representing just over one year’s mine production.

While LBMA silver inventories did rise during the first six months of 2021, the net outflow from January 2021 to the end of August 2022 is still 5102 tonnes. And people say there is no silver squeeze?

But that is actually only half the story, because as readers of these pages will know, a majority of the silver within the LBMA vaults is held by Exchange Traded Funds (ETFs) and is already accounted for, and is therefore not (unless it is sold out of ETFs) available to the market. Additionally, this silver in ETFs is not, as the LBMA disingenuously claims, available to “underpin the physical OTC market.”

Backing this ETF silver out of the headline figure is thus even more revealing. According to the calculations of GoldCharts’R’Us, as of the end of August there were 18,110 tonnes of silver held by silver-backed ETFs which store their silver in London. This means that of the 28,506 tonnes of silver that the LBMA claims to be held in its London vaults, 63.5% of this is held in ETFs, and only 10,396 tonnes (36.4%) is not held by ETFs. This 10,396 tonnes also represents only about 40% of annual silver mining supply.

Back at the end of June 2022 when the LBMA data claims that there were 31,023 tonnes of silver in the London vaults, the combined silver-backed ETFs which store their silver in London accounted for 19,422 tonnes (62.6%) of this total, leaving a remainder of 11,601 tonnes of silver (37.4%) not held in ETFs. Fast forward to the end of August, and you can see that ETFs now comprise a greater percentage (63.5%) of all the silver in the London vaults. This is because, while there have been outflows of ETF held silver over these two months, there have been even greater outflows of non-ETF held silver.

Just for completeness, I did some quick revised calculations to illustrate the amount of silver currently held by silver-backed ETFs and other ‘transparent’ silver holdings in London. These calculations are similar to the ETF silver calculations I did in July, and also similar to the methodology that is explained in the BullionStar article from February 2021 “‘Houston, we have a Problem’: 85% of Silver in London already held by ETFs.“

Together these 13 ETFs currently hold 17,759.7  tonnes of silver in the LBMA London vaults.

The LBMA London vaults figures also include silver held by clients of BullionVault and GoldMoney. BullionVault clients hold 491.2 tonnes of silver in the LBMA vaults in London (same as at the end of June, while GoldMoney clients hold 186.8 tonnes in the LBMA vaults (one tonne less than in June). Adding these two figures to the ETF total means that as of 8 September 2022, there were 18,437.6 tonnes of silver held by silver-backed ETFs and private client investors in the LBMA London vaults, which to reiterate, has nothing to do with “London’s ability to underpin the physical OTC market”.

This means that of the 28,506.28 tonnes of silver as of the end of August 2022, only 10,068.7 tonnes of silver is not held in ETFs. And another caveat as usual: of the London silver not held in ETFs, some of this too represents allocated silver holdings of the wealth management sector, such as physical silver held by investment institutions, family offices and High Net Worth individuals.

So as more and more silver drains out of the LBMA London vaults due to continued strong global demand, the free float (the amount of silver that is available to ‘underpin’ trading), is diminishing.

Over on COMEX in New York, the silver situation is also precarious, with ‘Registered’ silver inventories in the COMEX approved warehouses practically in freefall, and at a four and a half low. See the following chart. Latest figures for 9 September show that registered inventories (those that are warranted and available to back COMEX silver futures contract delivery) are now only 46 million ozs (1430 tonnes). This is insanely low. For example, more silver left the LBMA vaults during July 2022 (1447 tonnes) than there is currently in COMEX registered silver stockpiles.

Regarding the COMEX category of ‘Eligible’ silver (which merely represents silver stored in the COMEX approved vaults which could be traded if it was put under warrant, but which realistically may have nothing to do with COMEX trading), the amount of silver in the COMEX eligible category hasn’t really fluctuated much so far in 2022 and has ebbed and flowed by about 30 million ozs (930 tonnes) within the 250-280 million ozs range. See the following chart.

Global #silver demand is poised for an uptick, with industrial numbers gearing up to break records.

“Demand has been quite resilient so far in 2022,” the @SilverInstitute‘s Michael Dirienzo says on @CNBCTV18Live.

A Resurgence in Indian Silver Demand

Apart from 2022’s strong global investment and industrial demand for silver which is detailed by the Silver Institute here, there is now huge new physical demand entering at the margin, a case in point being India. Indian silver imports are now seeing some of their strongest monthly figures in recent years. See chart below which includes silver imports into India up to the end of July 2022.

Reports out of India also say that July has been a record month, according to the following interview with Metals Focus India.

Commodity Corner | India silver imports hit record highs in July. Expect the year to be a strong one, Chirag Seth of Metals Focus tells @Manisha3005. Adds that strong silver investment buying has led to silver being sold at premium in India. pic.twitter.com/5ikDQy6OtO

The existence of ETF silver in London is key to the ability of the LBMA bullion banks to control the market and the silver price.

LBMA bullion banks / ETF Authorised Participants appear to use London silver ETFs as a top up fund for physical silver, scaring the market by bringing the paper silver price lower and flushing out / triggering institutions and retail to sell ETF units, at which point the bullion banks pick up and convert these units, thereby obtaining extra metal that’s needed to meet physical demand. In fact, as physical silver demand rises, bullion banks will try to get the price lower so as to have access to the silver that is held by the ETFs.

But the bullion banks know that in the West, a higher silver price brings in more ETF buyers, which in turn leads to more of the silver that is in the LBMA vaults being ‘spoken for’ by the ETFs. Which is why the bullion banks have a vested interest in keeping a lid on the silver price, because they don’t want a situation (such as early 2021) where ETF investor demand gobbles up a greater and greater proportion of LBMA silver holdings, as then this silver cannot be used to supply other industrial and investor demand (i.e. global demand outside London). See BullionStar article “LBMA acknowledges “Buying Frenzy” in Silver Market and silver shortage Fears” from April 2021.

This circus trick, where the bullion banks have to keep all the plates spinning at the same time, only works when they can control the various sources of demand and borrow silver from the ETFs. Which they do via controlling the silver price.

Or will the LBMA mislead the market again like it did in March 2021 when it released eroneous data that overstated the London silver inventories by 3,300 tonnes and then kept the pretense all through April and early May 2021, maintaining that silver inventories were far higher than they actually were?

Only time will tell, but with physical silver demand firing on all cylinders and massive amounts of silver leaving the LBMA London vaults, the bullion bank tactics of rinse and repeat in creating a ‘paper’ silver price unconnected to physical demand and supply is becoming more and more exposed.