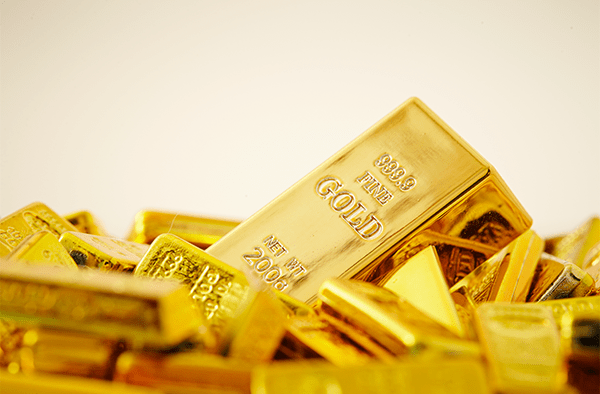 Ole Hansen, respected commodity strategist at Denmark’s Saxo Bank, says it’s possible once markets realize that global inflation will remain hot despite monetary tightening. I believe, as I’ve said before, that gold could climb as high as $4,000.

Hansen notes three other factors that could help push the metal to new record highs next year. One, an increasing “war economy mentality” could discourage central banks from holding foreign exchange reserves in the name of self-reliance, which would favor gold. Two, governments will continue to drive up deficit spending on ambitious projects such as the energy transition. And three, a potential global recession in 2023 would prompt central banks to open the liquidity spouts.

The analyst has already said that his comments are less of a forecast and more of a thought experiment, but I don’t think investors should brush him aside so easily. I believe it’s very possible that we could see $3,000 gold—or higher—in the next 12 to 18 months, for all the reasons he mentioned.

Hansen is correct in bringing up central banks’ increasing appetite for gold as a reserve asset. Central bankers and finance ministers may be all about fiat currency, but behind the scenes, they’re gobbling up the yellow metal at the fastest rates in living memory. In the third quarter, official net gold purchases were approximately 400 tonnes, around $20 billion, the most in over a half-century.

Turkey was the biggest gold buyer in the third quarter, followed by Uzbekistan and India.

This week, China’s central bank disclosed it purchased gold for the first time since 2019. The Asian country said it recently added 32 tonnes, or $1.8 billion, bringing its total to 1,980 tonnes.

Despite being the sixth largest holder of gold, not counting the International Monetary Fund (IMF), China still has a long way to go if it wants to diversify away from the U.S. dollar in a meaningful way. The metal represents only 3.2% of its total reserves, according to World Gold Council (WGC) data. Compare that to 65.9% of reserves in the U.S., the world’s largest holder with more than 8,133 tonnes.

This is very bullish, and I predict we’ll be seeing a lot more buying from China in the coming months.

With inflation looking to persist into next year, a small to moderate recession appears more and more likely. There’s the risk that the Federal Reserve will overtighten, and this has strong macroeconomic implications for gold.

In recent days, most banks and ratings agencies have slashed their global growth estimates for 2023 on expectations of persistently high consumer prices and rapid monetary tightening. Buying gold now could prove itself to be a wise investment choice. In five out of the last seven recessions, gold delivered positive returns, according to the WGC, providing some protection to investors.

Gold Setting Up for a Rally?

If 2022 ended today, this would mark the second straight year that gold has declined. And yet, at negative 1.75%, the yellow metal has remained one of the best assets to hold this year.

It hasn’t always been easy. Holdings in all known gold-backed gold ETFs have declined for seven months straight as of November 2022. However, we’re starting to see these declines level off as gold begins to push higher.

A gold rally—possibly to $3,000, as Ole Hansen forecasts—would also be highly constructive for gold mining stocks. These companies are much more volatile than the price of the underlying metal. As you can see below, when gold has jumped, gold mining stocks have historically jumped higher. (The reverse has also been true.)

Could Gold Be Poised for a Comeback in 2023?

I’ll be co-hosting a webcast this coming Monday, December 12, at 2:00pm Eastern. We’ll be covering the gold market and sharing our outlook for the metal in 2023. If you’d like to join us, please email me at info@usfunds.com with the subject line “Gold Webcast.”

This commentary should not be considered a solicitation or offering of any investment product. Certain materials in this commentary may contain dated information. The information provided was current at the time of publication. Some links above may be directed to third-party websites. U.S. Global Investors does not endorse all information supplied by these websites and is not responsible for their content. All opinions expressed and data provided are subject to change without notice. Some of these opinions may not be appropriate to every investor.

Holdings may change daily. Holdings are reported as of the most recent quarter-end. The following securities mentioned in the article were held by one or more accounts managed by U.S. Global Investors as of (09/30/22):

*The above-mentioned indices are not total returns. These returns reflect simple appreciation only and do not reflect dividend reinvestment.

The Dow Jones Industrial Average is a price-weighted average of 30 blue chip stocks that are generally leaders in their industry. The S&P 500 Stock Index is a widely recognized capitalization-weighted index of 500 common stock prices in U.S. companies. The Nasdaq Composite Index is a capitalization-weighted index of all Nasdaq National Market and SmallCap stocks. The Russell 2000 Index® is a U.S. equity index measuring the performance of the 2,000 smallest companies in the Russell 3000®, a widely recognized small-cap index.

The Philadelphia Stock Exchange Gold and Silver Index (XAU) is a capitalization-weighted index that includes the leading companies involved in the mining of gold and silver. The U.S. Trade Weighted Dollar Index provides a general indication of the international value of the U.S. dollar. The S&P/TSX Canadian Gold Capped Sector Index is a modified capitalization-weighted index, whose equity weights are capped 25 percent and index constituents are derived from a subset stock pool of S&P/TSX Composite Index stocks. The NYSE Arca Gold Miners Index is a modified market capitalization weighted index comprised of publicly traded companies involved primarily in the mining for gold and silver. The S&P/TSX Venture Composite Index is a broad market indicator for the Canadian venture capital market. The index is market capitalization weighted and, at its inception, included 531 companies. A quarterly revision process is used to remove companies that comprise less than 0.05% of the weight of the index, and add companies whose weight, when included, will be greater than 0.05% of the index.

The Consumer Price Index (CPI) is one of the most widely recognized price measures for tracking the price of a market basket of goods and services purchased by individuals. The weights of components are based on consumer spending patterns. The Purchasing Manager’s Index is an indicator of the economic health of the manufacturing sector. The PMI index is based on five major indicators: new orders, inventory levels, production, supplier deliveries and the employment environment. Gross domestic product (GDP) is the monetary value of all the finished goods and services produced within a country’s borders in a specific time period, though GDP is usually calculated on an annual basis. It includes all private and public consumption, government outlays, investments and exports less imports that occur within a defined territory.

The S&P Global Luxury Index is comprised of 80 of the largest publicly traded companies engaged in the production or distribution of luxury goods or the provision of luxury services that meet specific investibility requirements.

Free cash flow (FCF) is the cash a company generates after taking into consideration cash outflows that support its operations and maintain its capital assets.

The Philadelphia Stock Exchange Gold and Silver Index is a capitalization-weighted index which includes the leading companies involved in the mining of gold and silver.