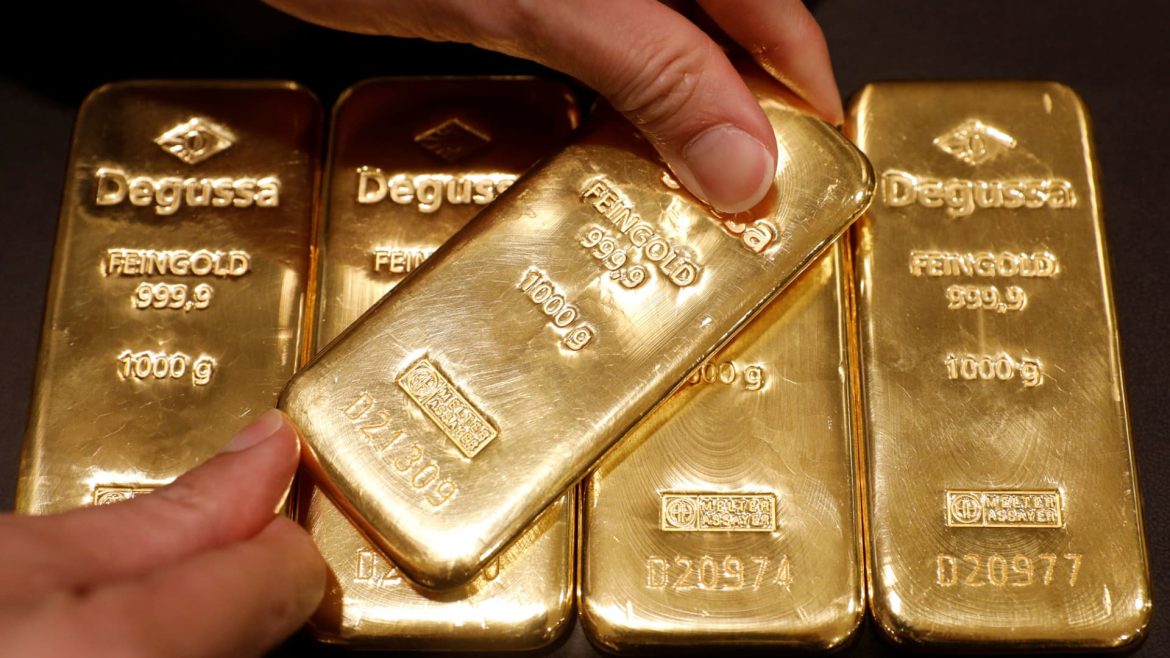 Gold prices scaled an over nine-month peak on Friday, holding above the key pivot of $1,900 per ounce, as cooling U.S. inflation raised hopes for slower interest rate hikes from the Federal Reserve.

“That gold prices are rallying after an on-consensus CPI for which the market was well positioned for highlights that there’s another source of buying activity in gold markets,” said Daniel Ghali, commodity strategist at TD Securities, attributing it to central banks and non-central bank government agencies.

Data on Thursday showed that U.S consumer prices fell for the first time in more than 2-1/2 years in December.

Following the data, Fed policymakers expressed relief that inflation continued to ease in December, paving the way for a possible step down to a 25-bps rate hike increase at its next policy meeting in February.

Lower interest rates tend to be beneficial for bullion, decreasing the opportunity cost of holding the non-yielding asset.

Additionally, buying in top-consumer China normally picks up ahead of the Lunar New Year holidays, which runs from Jan. 21 this year.

The U.S. dollar was heading for its worst week in over a month, making gold less expensive for other currency holders.

“We believe that the (gold) market will initially take a breather until it becomes clearer whose prediction of the future course of US monetary policy is more accurate – the market’s or the Fed’s,” Commerzbank analysts said in a note.