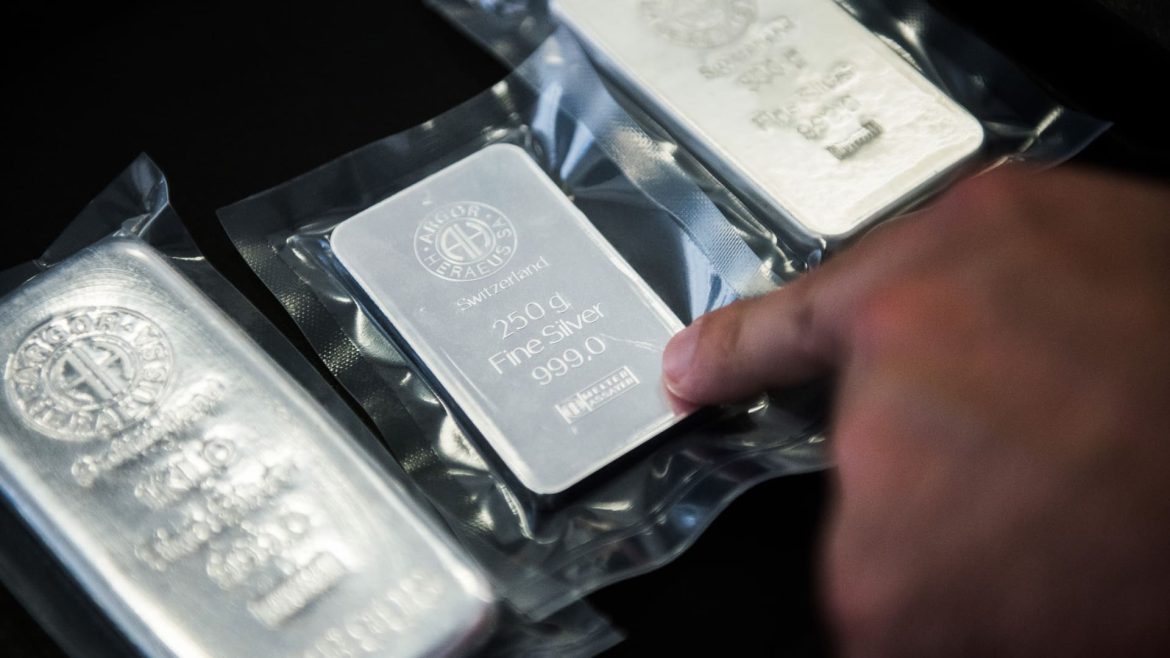 Prices of silver could hit a nine-year high of $30 per ounce this year — possibly outpacing gold prices.

Insufficient supplies of silver as well as its tendency to be a better performer than gold in periods of high inflation are key drivers supporting the outlook, analysts told CNBC.

The last time spot silver touched $30 levels per ounce was in February 2013, according to closing price data from Refinitiv.

“Silver has historically delivered gains of close to 20% per annum in years inflation is high. Given that track record, and how cheap silver remains relative to gold, it wouldn’t surprise to see silver head towards $30 per ounce this year, though that will likely offer significant resistance,” said Janie Simpson, CEO at ABC Bullion.

The precious metal last traded $24.02 per ounce, against the backdrop of an inflation rate of 6.5%.

“Silver is in a shortage… and there is a notable drawdown in the available physical stocks held in New York and London’s physical hubs, more so than seen in gold,” said Nicky Shiels, head of metals strategy at precious metals company MKS PAMP.

Shiels added that silver is expected to post deficits of more than 100 million ounces over the next five years, with industrial demand spurring the tight supply.

“The largest segment of silver demand is industrial, [which equates] to almost 50% of total demand,” she said, calling for a base case of silver prices to climb to $28, with a bullish case of $30 or more.

That demand is expected to grow more than 15% over the next five years, he said, hinging on accelerated industrial demand from automotive and electronics applications.

Silver is a material commonly used in the manufacturing of automobiles, solar panels, jewelry and electronics.

No silver lining for silver supplies

“We hit peak silver supply back about five, six years ago. Silver production on a worldwide basis has actually been dropping, and we’re not seeing as much silver produced from the mines,” said Randy Smallwood, president of Wheaton Precious Metals.

According to trade group The Silver Institute, the supply of silver from mine production in 2022 was 843.2 million ounces, which was still shy of the decade’s peak of 900 million ounces in 2016.

The supply of silver, which is largely produced as a byproduct of lead-zinc, copper and gold mines, does not generally respond as quickly to demand.

“When silver prices go up, it’s not like the silver mines can increase production, because the silver mines only supply about 25% of the silver,” Smallwood said, adding that the market often relies on the lead-zinc mines to satisfy the higher demand.

However, he maintained that while it wouldn’t be surprising to see silver touch $30 per ounce, he does not think that price will hold. He calls for prices to “stay comfortably over $20 per ounce.”

However, recession fears could lead to softer industrial demand, which may cause silver prices to drop as low as $18 per ounce, according to MKS PAMP.

The biggest risk to silver prices is if inflation falls away faster than expected, Pallion’s Simpson seconded.

“If the Fed continues to tighten, and if inflation falls away more rapidly than the market expects, that will be a headwind for silver,” she said, “especially if the economy heads into a recession, given the large share of silver demand tied to industrial output.”